Salman Khan was asked to name a song which inspired him. He sang Oo Antava 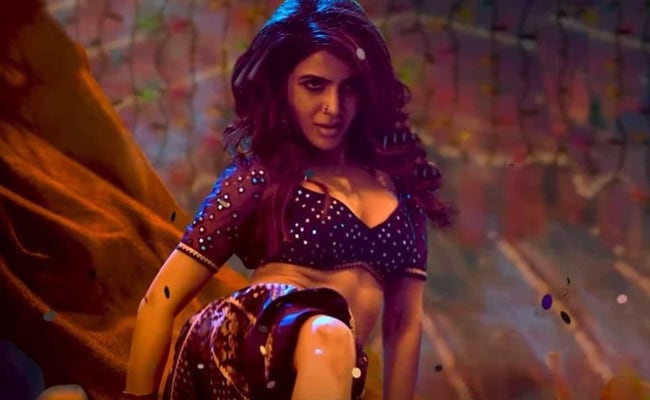 Samantha Ruth Prabhu and Salman Khan are both trending today – if you can look away from the Alia Bhatt and Ranbir Kapoor headlines – after a video clip of the actor being asked to name a song he has been inspired by. In typical Salman fashion, the 56-year-old star sang his answer and he only needed the now-iconic chorus – "Oo antava." The song is, of course, Oo Antava from Telugu blockbuster Pushpa starring Allu Arjun and Rashmika Mandanna. Oo Antava, however, does not feature Rashmika; instead, it boasts not just Allu Arjun, well-known for his dance moves, but also an exceptionally smoking Samantha Ruth Prabhu in a special appearance.

Samantha Ruth Prabhu was as thrilled as the rest of the Internet by Salman Khan's shout-out to her song. She retweeted the video from her verified handle and added three red hearts as response.

Pushpa: The Rise, to give the film its full title, released at the end of December 2021 to instant box office glory. Allu Arjun stars as the title character, Pushpa, a coolie who rises through the ranks of a smuggling ring. Malayalam star Fahadh Faasil, making his Telugu debut, is pitted opposite him. Rashmika Mandanna plays Pushpa's love interest Srivalli.

Pushpa: The Rise, directed by Sukumar, was the first of two parts and was 2021's best-performing film. The second part, titled Pushpa: The Rule, is expected to release next year.

The Suriya Effect: What Happened When He Met "Huge Fan" Nambi Narayanan, Revealed By Madhavan