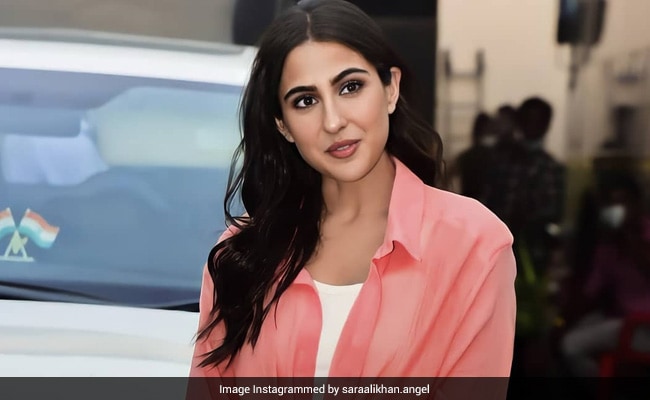 Sara Ali Khan, who is currently busy with the promotions of her forthcoming film Coolie No 1, occupied a spot on the list of trends recently after a video of her schooling a photographer about her greeting style "Namaste" surfaced on social media. The now-viral video has been shared by several fan pages dedicated to the actress. Sara Ali Khan, who is often seen greeting the paparazzi with a Namaste, was asked by one of the photographers to do the "Namaste pose." Sara chuckled a little and said, "Namaste wala pose nahi hota (Namaste is not a pose)."

Coolie No 1 is Sara and Varun's first project together. Coolie No 1 was expected to open in theatres in May 2020. However, due to the ongoing coronavirus pandemic, it got postponed. The film will now release on OTT platform Amazon Prime Video. It is one of the nine big films to release on the streaming giant. Coolie No 1 has been directed by Varun Dhawan's filmmaker father David Dhawan, who also helmed the original film. It is a remake of the 1995 film of the same name.