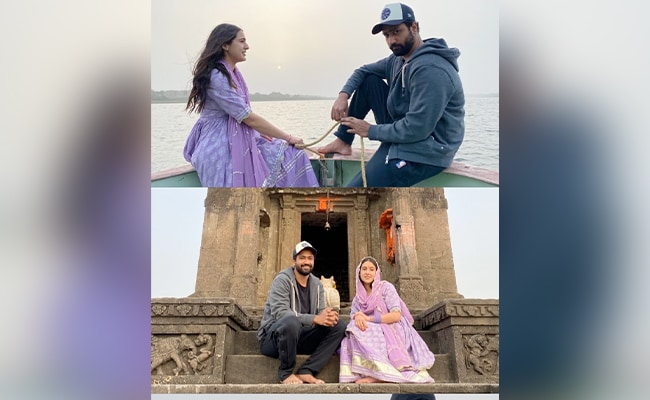 Actor Vicky Kaushal turns a year older today and as expected, wishes are flowing in from all quarters. The newlywed has been receiving special messages and notes, not just from his fans but also from his colleagues. The latest on the list is a warm note and post from his co-star Sara Ali Khan. Sharing a collage of three pictures in which the two actors are seen on a boat and then a temple, Sara wrote, “Happiest birthday Bickey oye! Have the best one. You deserve all the happiness, peace, contentment and success that Inshallah keeps coming your way. Keep shining. Jai Bholenath.” 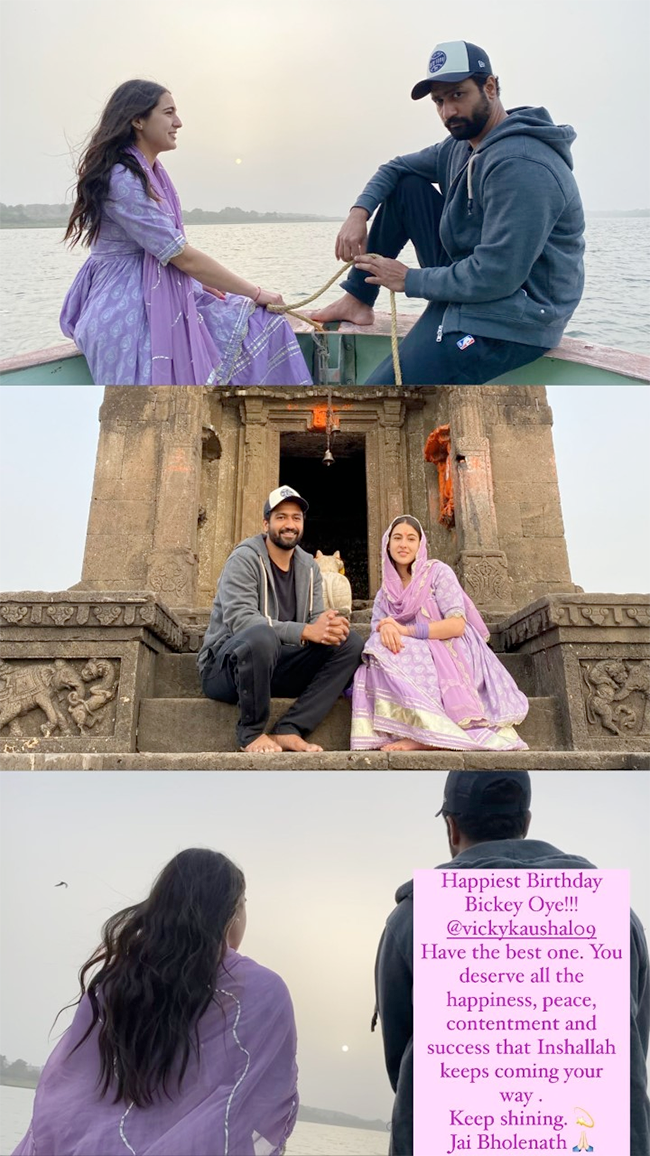 On the occasion of their film's wrap, Sara Ali Khan shared a still with Vicky Kaushal from the untitled film and wrote about her experience working on the project. “It's a film wrap. Can't believe it's already over! Thank you Laxman Uutekar sir for giving me Somya. Thank you for all the guidance, patience and support. Thank you for always being so understanding and always pushing me to do better and better," she said.

Speaking about her co-star Vicky Kaushal said, “Vicky Kaushal, every day with you on set has been a blast. From enjoying Punjabi songs and bonfires to early morning drives and copious cups of chai. Thank you for making this journey so memorable for me. You're one of the most humble, talented and gifted actors I've met, and I'm so privileged that I got to share screen space with you and learn so much from you.”

She also thanked producer Dinesh Vijan and Maddock Films and wrote, “Thank you for being such considerate, caring and loving producers. Set and work truly felt like home, and you people truly felt like family.”

Vicky Kaushal too had shared the same image and penned a note. An excerpt from the caption says, “Each day of filming this beautiful story has been memorable for me. Going to miss you guys terribly and all the madness involved.”

In addition to Laxman Utekar's untitled next film, Vicky Kaushal will be seen in Govinda Naam Mera, among others. Sara Ali Khan, meanwhile, was last seen in Aanand L Rai's Atrangi Re.