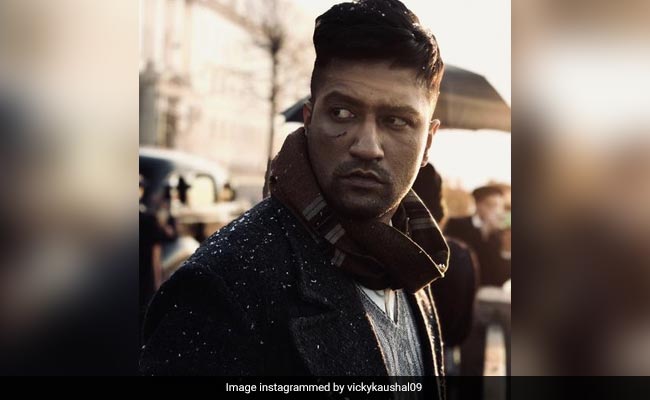 Happy birthday, Vicky Kaushal. The talented actor, known for his on-screen and off-screen charm, celebrates his 34th birthday today. As the son of veteran stunt director Sham Kaushal, Vicky was no stranger to the magic of cinema. But the rise to stardom for Vicky was filled with challenges. As an outsider to the industry in many ways, Vicky delivered one unforgettable performance after the other, ensuring that you couldn't help but fall in love with him. From comedy to tragedy, Vicky can pull off anything with panache and confidence. On his birthday, we look at some of his best performances over the years.

This 2015 Neeraj Ghaywan directorial marked Vicky Kaushal's debut and it was a debut like no other. Starring alongside Shweta Tripathi Sharma and Richa Chadha in Masaan, Vicky played a man braving the world and age-old customs to fall in love. But fate has other plans. Masaan – considered even now to be one of Vicky Kaushal's best performances – was also screened at the prestigious Cannes Film Festival.

Playing a historical character is no easy feat, but in Shoojit Sircar's Sardar Udham, Vicky Kaushal delivered the performance of a lifetime. Vicky played the revolutionary who assassinates Michael O'Dwyer, Punjab's lieutenant governor in British India, for his role in the Jallianwala Bagh massacre. To appreciate his acting prowess, watch the scene in which Vicky heads to the site of the massacre minutes after his fellow men and women are gunned down.

In Anurag Kashyap's Manmarziyaan, Vicky Kaushal appeared in the never-seen-before role of Vicky Sandhu aka DJ Sands. While the film is a love triangle with Abhishek Bachchan and Vicky Kaushal pursuing Taapsee Pannu, Vicky holds his own. He is spoilt, suave, vulnerable, loving and childlike all at once and you can't help but feel for him.

While Masaan made Vicky Kaushal a critic's favourite, he became a household name with Aditya Dhar's URI: The Surgical Strike. As Major Vihaan Singh, Vicky lent strength and dignity to the role inspired by a real army officer, and the success of the film accelerated his rise to stardom.

In Raazi, Vicky Kaushal played the Pakistani army officer Iqbal Syed, who is the husband of Alia Bhatt's Sehmat, an Indian spy. As he falls in love with Sehmat, your heart goes out to him given the truth about Sehmat and her duties. But such is his charm and the lead couple's chemistry that you still root for them. In Raazi, Vicky's measured and heartfelt performance helped humanise a section of characters that was for long reduced to caricature. Also with Uri and Raazi, Vicky proves just how versatile he is.