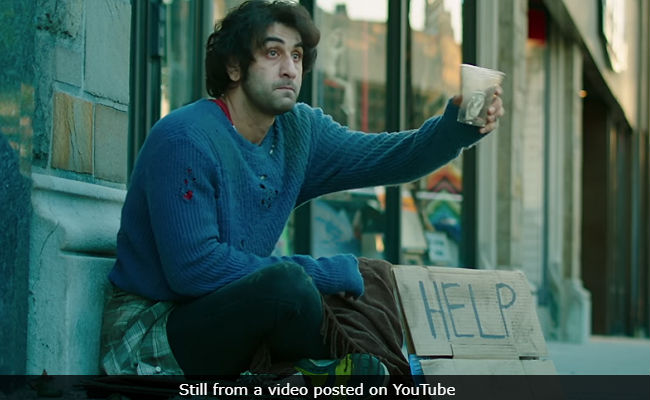 New Delhi: Kar Har Maidaan Fateh, the new song from upcoming film Sanju released on the Internet on Sunday. The latest song of the film starring Ranbir Kapoor gives a glimpse of the first biggest battle Sanjay Dutt (the film's subject) overcame IRL - drug addiction. The song starts with a terrified Sanju (Ranbir Kapoor) confessing to his father Sunil Dutt (Paresh Rawal) that he doesn't want to do drugs anymore and wants to live. And thus starts his painful journey abroad in a rehabilitation centre. He runs away and struggles to survive and in his darkest hour, it was memory of his mother Nargis Dutt (Manisha Koirala) and encouragement of his father and sisters, which brought him on the right track. The song ends with glimpses of other chapters from Sanju's life.

Sanju, directed by Rajkumar Hirani, covers Sanjay Dutt's life from his rise to stardom and fall after his involvement in the 1993 Bombay Blast case. The film shows his life in jail and after that to the present day.

The film opens in theatres on June 29.