Sanju: Karishma Tanna Talks About Her Role In Ranbir Kapoor's Film Tactfully Without Revealing Much 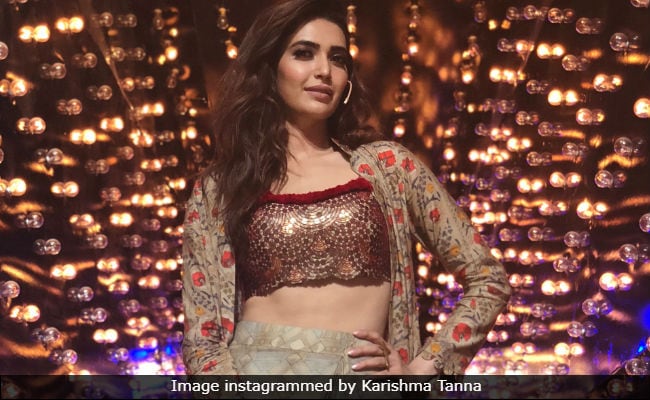 Karishma Tanna during a shoot in Mumbai. (Image courtesy: Instagram)

New Delhi: Karishma Tanna was not in the trailer or the first few posters of Sanju, the biopic on actor Sanjay Dutt, starring Ranbir Kapoor and in a recent Twitter chat with her fans, Karishma built up the suspense around her role. When a Twitter user asked Karishma about her role in the film, she replied: "You'll know soon." Another Twitter user tried to extract information regarding her role in film by asking what her favourite scene in the movie. Karishma's diplomatic reply read: "Can't choose. All the scenes were superb." Very tactfully handled, Karishma Tanna. In an interview earlier this week, Karishma was asked if she plays actress Madhuri Dixit in the film, the Naagin 3 actress said: "I won't be able to say that but I am playing an important role," reported news agency IANS. Madhuri Dixit and Sanjay Dutt have starred in films such as Khalnayak and Saajan among others.

Here are excerpts from karishma Tanna's Twitter chat with her fans:

Which scene did you enjoy the most in Sanju??? #AskKarishma#Naagin3

Can't choose. All the scenes were superb !! #AskKarishma#Naagin3https://t.co/mcbygJ2rJ8

Say something about your role in Sanju Movie?? #AskKarishma#Naagin3

Speaking about her experience of working director Rajkumar Hirani, Karishma told IANS: "Working with Rajkumar Hirani was like a dream come true. To work with him and be a part of the project and being acknowledged by him... is just 'wow'."

Promoted
Listen to the latest songs, only on JioSaavn.com
Meanwhile, Karishma Tanna topped the trends list over the weekend with the launch of her new show Naagin 3. The first episode aired on Saturday and the internet loved it. Several Twitter users praised Karishma's entry to the series, which was actress Mouni Roy's turf until June 2017. Though the first episode of Naagin 3 started with Mouni, the story's focus was soon shifted to Karishma, whose revenge tale will reportedly dominate the third season of the Ekta Kapoor-produced show.