Trending: Karishma Tanna's Naagin 3 Gets A Thumbs-Up And Comparison With Sridevi 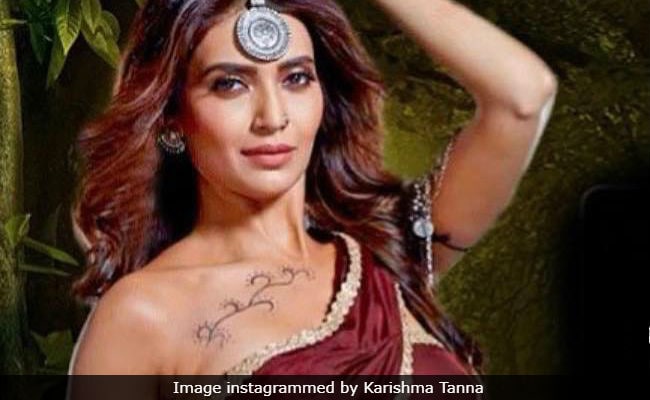 New Delhi: Ekta Kapoor's fabulous weekend is finally here. Veere Di Wedding, which she co-produced with Rhea Kapoor, is winning the box office battle while her new show Naagin 3 is winning the TRP battle (apparently). The first episode of Naagin 3 aired on Saturday and guess what, the Internet loved it. For all those fans missing Mouni Roy as Naagin supremo in the latest season, Ekta Kapoor gave a sliver of hope that may return in the show's course. The third season opens with a dying Shivangi (Mouni from last season) wondering why her husband and father plotted her murder and vows to return for revenge. But after episode #1, Ekta Kapoor has nothing to worry about Karishma Tanna taking over from Mouni because like we said earlier, the Internet loved it. Remember when the Internet would not accept Karishma as the new face of the show... yeah, apparently not many want to recall that now.

Here's a tweet from a fan telling Karishma that her character is being compared with that of Sridevi's ichchadhari naagin:

#AskKarishma Your character is being compared to Iconic sridevi ji. Congratulations

Here are some other positive reactions for the show and the casting:

But love u Karishma @KARISHMAK_TANNA@ColorsTV

Commendable acting by @KARISHMAK_TANNA
She performed far better than my expectation... love it...#Nagin3#Naagin3

But of course, there was a section of the Internet, which disapproved:

Nothing can match #Naagin1 ka level...
finally got to know that!#Naagin3

Meanwhile, Karishma Tanna opened up to her fans about the show, which topped the trends list soon after the siring of its first episode. She chatted with her fans on Twitter and revealed the she's 'thrilled and excited' about being a part of the show.

Here are some questions she answered about the show.

@KARISHMAK_TANNA What's different about your role in Naagin Season 3 ?? #AskKarishma#KTian

She is full of revenge!! Woohoo #AskKarishma#Naagin3https://t.co/cYzeBGLAFb

@KARISHMAK_TANNA will there be also a love story in #Naagin3 like in 1&2? #AskKarishma

Promoted
Listen to the latest songs, only on JioSaavn.com
The first episode of Naagin 3 laid the foundation of Ruhi's (the shape-shifting naagin played by Karishma Tanna) thirst for revenge and the precap hinted at the introduction of Anita Hassanandani, who plays Vishakha, the other human form of Ruhi. Fans are still waiting for the arrival of Surbhi Jyoti, who apparently plays the naagin with a positive mission.

PS: There was a Veere Di Wedding promotion sequence in the first episode of Naagin 3.