Fans of TV show Naagin couldn't accept Karishma Tanna instead of Mouni Roy, but the latter said that Karishma will do "exceedingly well" 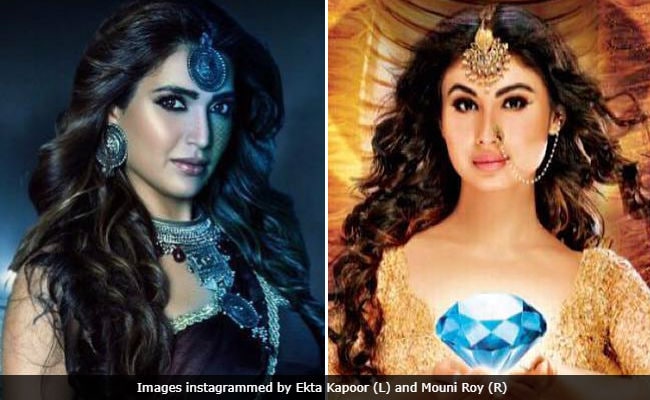 New Delhi: Karishma Tanna's first look for the upcoming season of popular television show Naagin backfired on the makers as the Internet declared that "there's no Naagin without Mouni Roy." Karishma's first look was unveiled by producer Ekta Kapoor on Monday and majority comments on her post demanded Mouni Roy's return instead of Karishma. On Tuesday, Karishma shared Mouni's message for the fans of the show, in which the Brahmastra actress welcomed Karishma and wished her luck for the series. Karishma also wrote: "(Mouni has) left a mark and her fans including me can't think of replacing her. It's a new season and I hope I can do the same justice that she did to the show." Karishma, who is "ecstatic about starting this new journey," is not the only new face on the show. Soon, the makers will reveal the first looks of Anita Hassanandani and Surbhi Jyoti.

Here's Mouni Roy's message for the fans of Naagin:

This is Karishma Tanna's look in Naagin 3:

Moving on, Naagin 3 is a reboot of sorts of the series which was headlined by Mouni Roy from 2015 to 2017. In season 2 finale, Mouni's character Shivangi was killed by her husband Rocky (played by Karanvir Bohra).

Promoted
Listen to the latest songs, only on JioSaavn.com
In the new series, Surbhai Jyoti (Qubool Hai and Koi Laut ke Aaya Hai) will play the protagonist while Yeh Hai Mohabbatein's Anita Hassanandani will play the principal antagonist. The makers have roped in Pearl V Puri, star of Naagarjuna - Ek Yoddha, to play the male lead in Naagin 3.

Naagin 3 is expected to go on air soon.