'No Naagin Without Mouni Roy,' Says The Internet, After Karishma Tanna's Look Is Unveiled

Ekta Kapoor welcomed Karishma Tanna on board for Naagin 3 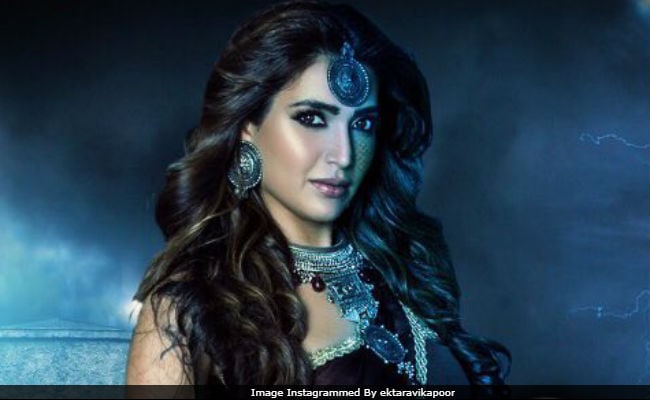 New Delhi: "We want Mouni Roy in Naagin 3, please," read a comment on Ekta Kapoor's post, after she introduced actress Karishma Tanna as the 'first Naagin' of the show. "Here comes the first Naagin. Karishma Tanna, welcome to Naagin 3," is how Ekta introduced the actress. The Internet is definitely not happy with Mouni not being a part of the show. The previous two seasons of Naagin, headlined by Mouni Roy, were hugely successful. "Karishma Tanna is a bad choice for Naagin" and "no, no, no, Mouni Roy is the best and we all want her in this serial," were some of the several comments posted.

Qubool Hai actress Surbhi Jyoti and Anita Hassanandani, best known for her role in Yeh Hai Mohabbatein, star in lead roles in Naagin 3. "With the already popular faces Mouni Roy and Adaa Khan missing from the screen, the makers decided to get well-known actors Anita and Surbhi in their places," a source earlier told Indian Express. Surbhi will play a positive role while Anita will be seen as the antagonist. Indian Express also reported that actor Pearl V Puri will play the male lead in Naagin 3.

Promoted
Listen to the latest songs, only on JioSaavn.com
In January, Mouni Roy had shared a heartfelt note for Ekta and team Naagin and wished everyone good luck. "I have been holding onto this emotion for quite some time now. But it's time to let go of something that holds a very large part of my heart. The show that gave me everything; Shivanya & Shivangi, embodying them was a privilege I was given by Ekta Kapoor. Thank you ma'am, I shall always be thankful and they'll always be a part of me," read an excerpt from her post.

I have been holding onto this emotion for quite sometime now. But its time to let go of something that holds a very large part of my heart. The show that gave me everything; Shivanya & Shivangi , embodying em was a privilege I was given by my @ektaravikapoor . Thank you maam , i shall always be thankful and they ll always be a part of me. My little land of make belief Naagin 1 & 2. Anyone who knows me knows how attached i am with what i love. So without much ado i bid adieu. Waiting eagerly for the next season telecast & wishing the new team all my love & luck. P.S this one s gonna be epic too #NaaginForever @varunthebabbar @muktadhond @anusoru @shreya_nehal @tanyaa03 @nidhikurda @eshagupta1331

Naagin 3 is expected to air on television soon.