Sanjay Kapoor Gets Nostalgic As He Shares Throwback Pic From LOC: Kargil Sets 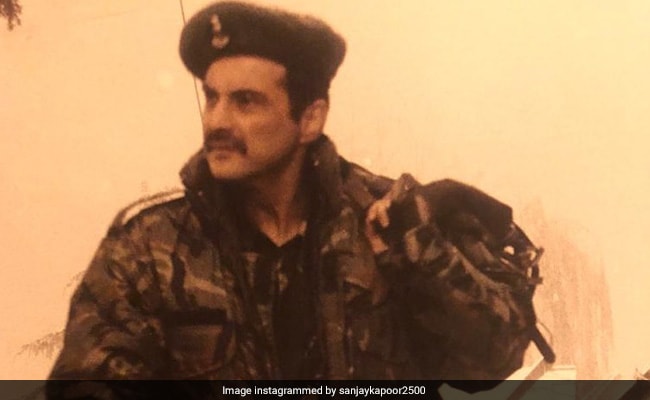 Sanjay Kapoor celebrated Throwback Thursday with a nostalgia dipped photo of himself. The actor flipped through the pages of his shoot album and shared an old photograph of himself from the sets of the 2003 film LOC: Kargil. Sanjay Kapoor featured as Major Deepak Rampal in the J.P Dutta-directed film. Sharing the photograph, in which the actor can be seen wearing an Army uniform, Sanjay wrote: "Throwback, 2003, LOC Kargil" and added the hashtag #memories. The historical war drama also featured Ajay Devgn, Sanjay Dutt, Suniel Shetty, Nagarjuna, Abhishek Bachchan and many others but more on that later.

The 2003 film was based on the Kargil War and the Battle of Tololing that took place in 1999. Other than the aforementioned cast, it also starred Saif Ali Khan, Manoj Bajpayee, Akshay Khanna, Raj Babbar, Kiran Kumar, Ashish Vidyarthi, Mohnish Bahl, Ashutosh Rana and Rohit Roy among others.

Sanjay Kapoor has featured in a number of television shows such as Karishma - The Miracles of Destiny, Dil Sambhal Jaa Zara, The Last Hour and Fashion Street.