Trishala is holidaying in Barbados 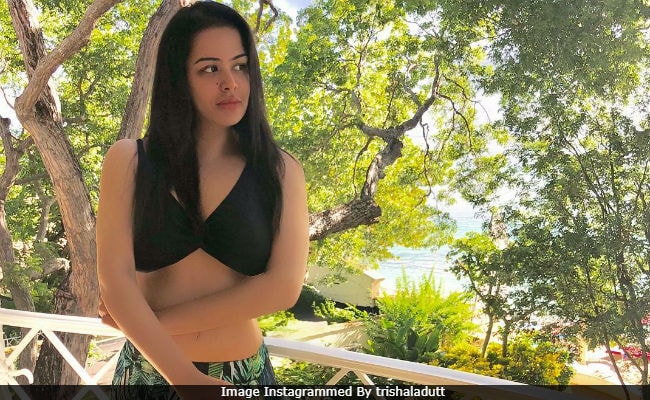 New Delhi: Sanjay Dutt's daughter Trishala graduated recently from college and post that, she's holidaying in Barbados. It won't be wrong to say that Trishala is having the time of her life in Barbados as the pictures she has posted on Instagram are proof. She's exploring different places there and has also given details about them to her followers. "From beach bum to a cave explorer," Trishala captioned one of her posts. And, yes, Maanyata has also commented on her pictures. "Beautiful" wrote Maanyata wrote on one of her posts on 'island life' and on the other she posted some heart emoticons.

from beach bum to cave explorer - Animal Flower Cave is named after a touch sensitive seaweed that looks like a flower & grows in the water in these caves watch my IG story and come inside with me!. #iloveadventures #cavegirl

Trishala had posted these pictures from her graduation day.

Graduation Cake Details (swipe left for more pics) Thank you so much @silkcakes for this fun amazing cake!! Everyone loved it & felt so special! Thank you to my amazing friends & family for a wonderful surprise and to all of you in advance for your messages & love!

Meantime, Trishala and Maanyata often trend for their cute Instagram exchanges. On New Year, Trishala had joined Sanjay Dutt and Maanyata for the festivities. She shared a picture of the family and wrote, "Complete." Sanjay Dutt is married to Maanyata and the couple are parents to 8-year-old twins Shahraan and Iqra.

Promoted
Listen to the latest songs, only on JioSaavn.com
Trishala is Sanjay Dutt's daughter with his first wife Richa Sharma. The 58-year-old actor released the trailer of his last-released film Bhoomi on Trishala's birthday. It was his comeback film. During the trailer launch in Mumbai, Trishala's heart-warming letter addressed to her dad, was played as a voice note.

"My dearest papa dukes, it feels so nice to know that you've chosen to launch the trailer of Bhoomi on my birthday as a surprise. It gives me so much joy to know that you've chosen a film based on a father-daughter relationship as your comeback film as well. I'm really proud of you Dad. You are stronger than you know. I'm blessed to be a part of you. I love you forever, Trishala," she wrote in the letter.