Inside Trishala And Maanyata's New Year Celebrations With Sanjay Dutt

In separate posts, Trishala wrote wonderfully worded messages for both "papa dukes (as she calls Sanjay Dutt)" and Maanyata 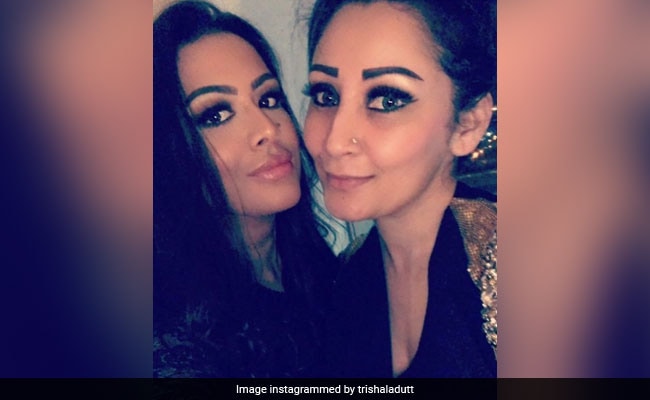 New Delhi: For the Dutts, it was a "complete" family celebration on New Year's Eve this time. Sanjay Dutt's wife Maanyata and Trishala Dutt (the actor's daughter with first wife Richa Sharma) rung the New Year in together in Dubai and shared photos from inside their celebrations on Instagram. In separate posts, Trishala wrote wonderfully worded messages for both "papa dukes (as she calls Sanjay Dutt)" and Maanyata. "Lionesses throw the best parties! A beautiful evening with the family," she captioned her selfie with Maanyata while for one with Sanjay Dutt, she wrote: "My father gave me the greatest gift any father could give a daughter, he never stopped believing in me. And I never stopped believing in him."

Sanjay Dutt's twins Iqra and Shahraan were also there.

Maanyata also churned out a New Year special post of her own. Sharing an adorable photo with Sanjay Dutt, she wrote: "Here's wishing everyone for the coming year....beautiful moments....treasured memories....and all the blessings a heart can know."

Before the Dutts let their hair down at the New Year bash, both Maanyata and Trishala took out time for priceless family photos. "Complete," is how Trishala described the evening.

While the twins get to accompany Sanjay Dutt to his work trips and shoot schedules, Trishala also often features in throwback posts. Trishala and Maanyata are almost always spotted having social media exchanges - the two closely follow each other on Instagram and 'like' and comment on each other's posts.

Earlier this year, Sanjay Dutt released the trailer of his comeback film Bhoomi on Trishala's birthday, only to be surprised a while later with a letter from Trishala that was read out at the event. Sanjay Dutt appeared visibly teary-eyed as Trishala poured her heart out to the actor.