Tamma Tamma, the iconic song from their 1990 film Thanedaar, was performed by a contestant on this week's episode of talent show Sa Re Ga Ma Pa Li'l Champs, on which Sanjay Dutt was a star guest 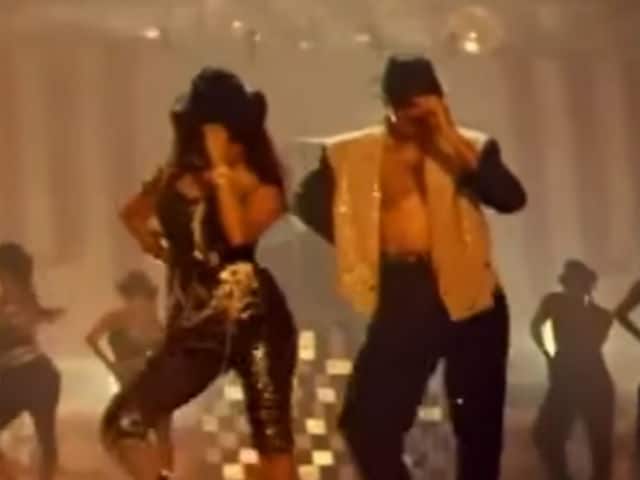 New Delhi: Actor Sanjay Dutt has revealed that he rehearsed the Tamma Tamma dance routine for 16 days before filming because he 'dances like a crow' and was 'nervous' about having to keep up with Madhuri Dixit, no less. Tamma Tamma, the iconic song from their 1990 film Thanedaar, was performed by a contestant on this week's episode of talent show Sa Re Ga Ma Pa Li'l Champs, on which Sanjay Dutt was promoting his new film Bhoomi. The performance made the 58-year-old actor very nostalgic. Tamma Tamma was over six-and-a-half-minutes long and its intricate Michael Jackson-style moves were choreographed by Saroj Khan.

The routine was no trouble at all for Madhuri - but Sanjay Dutt was far more challenged. "I remember the time when I was asked to match steps with Madhuri Dixit while shooting for the song Tamma Tamma. As soon as I found out I was so nervous because I dance like a crow and I had to perform alongside Madhuri who is known for her dancing. To perfect the steps, I rehearsed for 16 days straight. I was still apprehensive to perform but finally I did it," Sanjay Dutt revealed on Sa Re Ga Ma Li'l Champs, news agency IANS reports.

Bollywood lore has it that the song took 48 takes to can and that Javed Jaaferi, then better known for his dance skills than acting work, replaced Sanjay Dutt in the more demanding bits.

Tamma Tamma was recently recreated for the film Badrinath Ki Dulhania and Mr Dutt isn't the only one who needed help mastering the routine. Madhuri Dixit herself was called upon to show actors Alia Bhatt and Varun Dhawan how it's really done.

Promoted
Listen to the latest songs, only on JioSaavn.com
Bhoomi, co-starring Aditi Rao Hydari, is Sanjay Dutt's first release since he completed his jail term last year. The film, directed by Omung Kumar, releases on September 22.