Bhoomi Trailer: Sanjay Dutt Is A Vengeful Father In His Comeback Role

The trailer of Sanjay Dutt's much-awaited movie Bhoomi has been unveiled by the makers of the film today. The two-and-a-half minute trailer shows how a father vows to get justice for his daughter against all odds 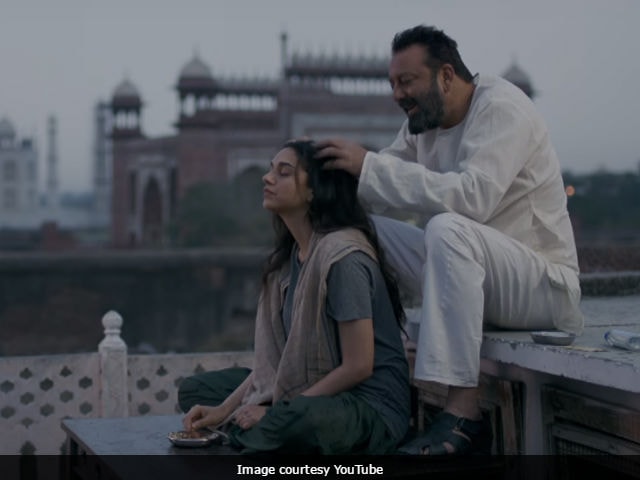 New Delhi: The trailer of Sanjay Dutt's much-awaited movie Bhoomi has finally been unveiled by the makers of the film. The two-and-a-half minute trailer begins with Arun (Sanjay Dutt) chanting the prayer 'Jai Ganesh Deva' while his daughter Bhoomi (Aditi Rao Hydari) is seen getting ready for her wedding. The trailer shows how Arun, a doting father, has found a perfect match for his daughter and is all set to marry her off. However, there is a tragic turn of events. The trailer then introduces television actor Sharad Kelkar, who features as an antagonist in the film. "Humaare Dhaulpur mein ek kahavat mashur hai, 'save the water.'Ab Agra mein mashur hogi, 'save the daughter.'," he tells Arun. The intriguing trailer of Bhoomi shows how Arun vows to get justice for his daughter against all odds.

Watch the trailer of Bhoomi here:


Bhoomi, which has been directed by Omung Kumar, is Sanjay Dutt's first film after his five-year jail term.

The movie has been co-produced by Bhushan Kumar, Sandeep Singh and Omung Kumar.

Bhoomi has been widely shot in Chambal, Mumbai and Agra.

This is the first time Aditi Rao Hydari will be seen sharing the screen space with Sanjay Dutt.

In an earlier interview with news agency IANS, the 30-year-old actress said that she had an 'amazing' experience working with the Plan actor.

Sanjay Dutt, in an earlier interview with NDTV, said that Bhoomi is the perfect film for his comeback.

"I have been looking for scripts that went beyond my screen persona. I wanted to do something vulnerable yet powerful," said the 58-year-old actor.

Promoted
Listen to the latest songs, only on JioSaavn.com
Bhoomi is scheduled to release on September 22.