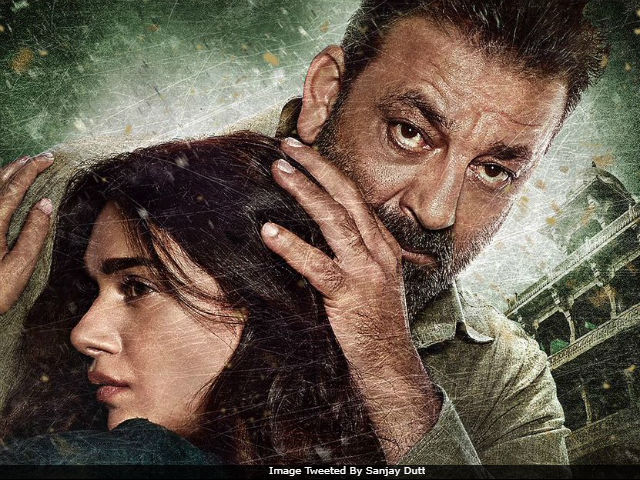 New Delhi: The second poster of Sanjay Dutt's Bhoomi, shared recently by the actor, introduced us to Aditi Rao Hydari's character in the film. In the poster, Sanjay Dutt and Aditi, who plays his daughter, share a hug and his eyes look revengeful. The 58-year-old actor shared the poster on social media and wrote, "He'll always protect her. She is his #Bhoomi. Here's the 2nd poster, trailer out tom!" Mr Dutt tweeted. Bhoomi is Sanjay Dutt's comeback film and the actor's first release post-imprisonment. The film is directed by Omung Kumar and also stars television actor Sharad Kelkar. Aditi also shared the poster with the caption that read, "He'll always protect her. She is his #Bhoomi."

Here's the second poster of Bhoomi.

He'll always protect her. She is his #Bhoomi. Here's the 2nd poster, trailer out tom!@aditiraohydari@OmungKumar@LegendStudios1@TSeriespic.twitter.com/MsHwkywslW

A week ago, the first poster was unveiled, which featured Sanjay Dutt with a bearded look. Here it is.

Of the film, Sanjay Dutt earlier said that Bhoomi is the perfect film for his comeback. "I have been looking for scripts that went beyond my screen persona. I wanted to do something vulnerable yet powerful. Bhoomi is an emotional and sensitive drama that explores the relationship between a father and daughter."

Bhoomi went on floors in Agra earlier this year. Sanjay Dutt's wife and children had visited the actor on the sets of the film. Bhoomi has also been shot in Chambal and Mumbai.

Bhoomi is scheduled to hit the screens on September 22. The release date was shifted to avoid clash with Aamir Khan's Secret Superstar. "I know the kind of hard work and effort that goes into making a film. I believe, after all the work being put in, it can't be reduced to a clash at the box office. Aamir is a dear friend and I wouldn't want my comeback film to be pitted against his. In this industry, we should all make an effort to help each other," Sanjay Dutt earlier told news agency PTI.
Comments
Sanjay Duttsanjay dutt bhoomiAditi Rao Hydari