Sanjay Dutt: I Was Innocent Then, Still Am 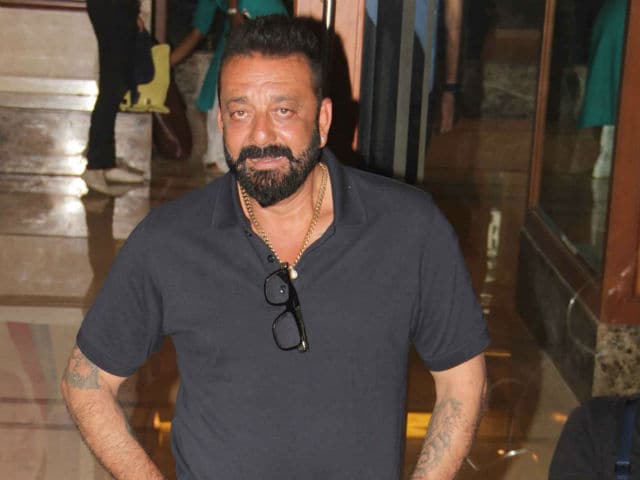 New Delhi: Actor Sanjay Dutt says facing difficult situations in life taught him a lot. Speaking to news agency IANS, the Munna Bhai actor opened up about his battle with drug abuse and life after completing his jail term in connection with the illegal possession of weapons in 1993 Bombay blasts. Sanjay Dutt, 58, says he's not lost hope and that his "innocence" is still intact. Sanjay Dutt, who is all set to make a comeback with Omung Kumar's Bhoomi, said, "I learnt a lot. I was innocent then, I am still innocent, but there are some life lessons learnt," reports news agency IANS. Sanjay Dutt will share screen space with Aditi Rao Hydari in Bhoomi, which has an 'amazing story of a father and daughter.'

Sanjay Dutt has two daughters - elder Trishala with his first wife Richa Sharma, who died in 1996 and younger Iqra from his third wife Maanyata. Shahraan is Iqra's twin brother. Sanjay Dutt also expressed his concern about how vulnerable he feels as a parent considering the rise in the number of crimes against women.

He said, "It's scary. I mean kids are not even safe in school, after whatever happened to the little girl in Gurgaon (referring to the rape of a five-year-old school girl), it can horrify any parent. Everybody has to be very careful as far as their kids are concerned. It's a frightening time for parents regarding the security of their children," reports IANS.

As a concerned father, the Pitaah actor also told IANS, "As a father, I always tell my kids to do their activity and come back home, spend time with us, spend time at home, because at least that is safer... baahar mahaul sahi nahi hai. I think this is the time when we not only should start respecting women but also be careful and protective towards children."

Of Bhoomi, Sanjay Dutt said, "The film talks about the special bonding of a parent and a child. It's a special story about everything that I believe in -- women's empowerment and gender equality and Omung is a fantastic director, Aditi (who features as Sanjay's onscreen daughter in Bhoomi) is a very good actress... The whole shooting was superb," reports IANS.

Promoted
Listen to the latest songs, only on JioSaavn.com
Sanjay Dutt is best known for his films like Sadak, Khalnayak, Vaastav and Munna Bhai MBBS. After Bhoomi, Sanjay Dutt will feature in Tigmanshu Dhulia's Saheb, Biwi Aur Gangster 3.