Salman Khan is reportedly dating Iulia Vantur, who is frequently spotted at the parties and get-togethers hosted by the Khandaan. 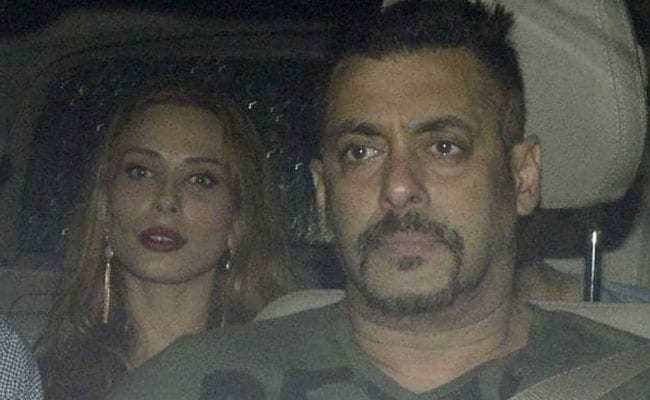 Salman Khan arrives with Iulia Vantur at a film screening in Mumbai.

Reports of Salman Khan gifting a diamond ring to actress singer Iulia Vantur, whom he's reportedly dating, is breaking the Internet. As per an IANS report, Salman Khan gifted a diamond ring to Iulia on her birthday, which was earlier this week. The report also added that Salman's mother Salma Khan advised the 53-year-old actor to gift Iulia a piece of jewellery. Iulia Vantur is frequently spotted at the parties and get-togethers hosted by Salman and the Khandaan but the status of Salman and Iulia's current relationship is unknown as neither of them have accepted or denied their rumoured romance.

Questions about Salman Khan's personal life often dominate media interviews and recently it was a Filmfare interview, where Salman Khan was asked, 'Has any girl proposed to you in real life?' The actor's hilarious reply was: "No, so far it's never happened... Because I don't do candlelight dinners. I can't see what I'm eating in candlelight. But I do feel sad that I haven't been approached yet."

Iulia Vantur is a Romanian television show host, who shifted to Bollywood a few years ago. She first featured in a special song in the film O Teri, which was produced by Salman Khan. She also starred in Radha Kyon Gori Main Kyon Kaala, which is pending release. In Bollywood, Iulia tried her luck as a playback singer - Selfish and Party Chale On from Race 3. She has also recorded singles like Harjai.

Meanwhile, on the work front Salman Khan is filming Dabangg 3 with Prabhu Deva while he was last seen in Ali Abbas Zafar's Bharat.