Salman Khan has also added his unique dance moves to the song, said a source 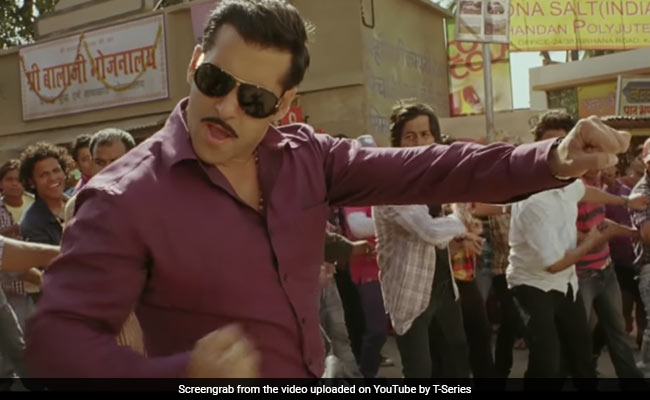 Everyone knows Salman Khan has replaced Malaika Arora in the revamped version of Dabangg song Munni Badnam Hui and now, as per latest intel from the sets of Dabangg 3, director Prabhu Deva will also feature in the song, tentatively titled Munna Badnam Hua. A source told Mumbai Mirror, that Salman Khan will challenge Prabhu Deva on the dance floor to win over Loveyatri actress Warina Hussain, who also features in the song. "According to the theme of the song, Prabhu Deva gestures to Warina to call him, but Salman sees this, and in an attempt to win Warina's heart, he challenges Prabhu Deva," the source was quoted as saying.

Speaking about the song, the source added, "Like every time, this time too Salman Khan has come up with a unique dance step for the song. You have seen him do a step with his belt in the Dabangg title track and you might also remember his towel dance (in Jeene Ke Hai Char Din from Mujhse Shaadi Karogi). This time too, he has used his belt in such a way that people will love it and the step will be an instant hit. You can see Salman's hard work in this song."

Dabangg 3 is the third film in the Dabangg series and it is directed by Prabhu Deva, who last directed Salman Khan in 2007 film Wanted, which arguably resurrected Salman's career.

In Dabangg 3, Arbaaz Khan and Sonakshi Sinha will reprise their roles of Makhanchand Pandey and Rajjo, respectively. Pramod Khanna will fill in for his late brother Vinod Khanna while Saiee Manjrekar (daughter of Mahesh Manjrekar) is the new addition.