Saiee is the younger of Mahesh Manjrekar's two daughters and she will feature in the flashback portions of Dabangg 3. 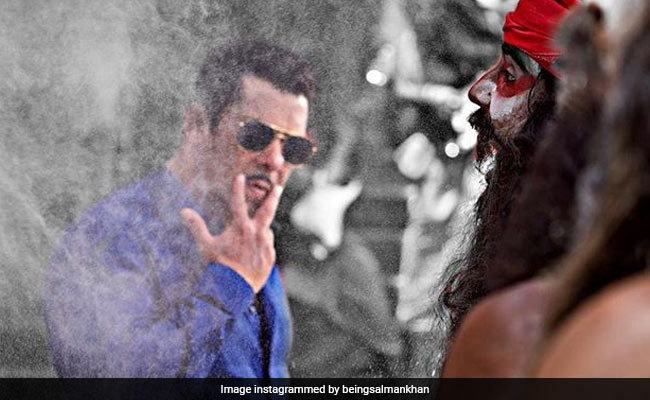 Actor Mahesh Manjrekar's younger daughter Saiee has been signed opposite actor Salman Khan in upcoming film Dabangg 3, reports Mumbai Mirror. Saiee will reportedly play the love interest of young Chulbul Pandey (Salman Khan's character in the film series) and her character also plays an important role in Chulbul's present conflict. A source told Mumbai Mirror, "She plays Salman's love interest and her role is primarily in the prequel. However, life comes full circle as the character has relevance to the conflict Chulbul is battling in the present." In the present plotline, Salman Khan's Chulbul Pandey is married to Rajjo, played by Sonakshi Sinha. FYI, Mahesh Manjrekar featured in the first Dabangg film as Rajjo's drunkard father, who commits suicide so that Rajjo could marry Chulbul.

Saiee Manjrekar will reportedly feature in the past sequence of the film, which will trace Chulbul Pandey's journey of becoming a cop. Saiee and Salman will also shake a leg together in the said sequence. "A song will also be picturised on the duo," the source added.

Apart from the reported casting of Saiee Manjrekar, the source also divulged details of plotline concerning the film's villain, played by Telugu star Sudeep. "His character is more like the parallel lead rather than the stereotypical villain. He starts off on a positive track but situations eventually turn him into the bad guy. He is involved in a Tom and Jerry fight with Salman and there are several confrontations scenes between the two," the source added.

Dabangg 3, the third film in the Dabangg series, is directed by Prabhu Deva, who directed Salman Khan last in 2007 film Wanted. The film is co-produced by Salman's brother Arbaaz Khan, who also stars as Makkhanchand Pandey.