All because Salman Khan can't see what he eats by candlelight... 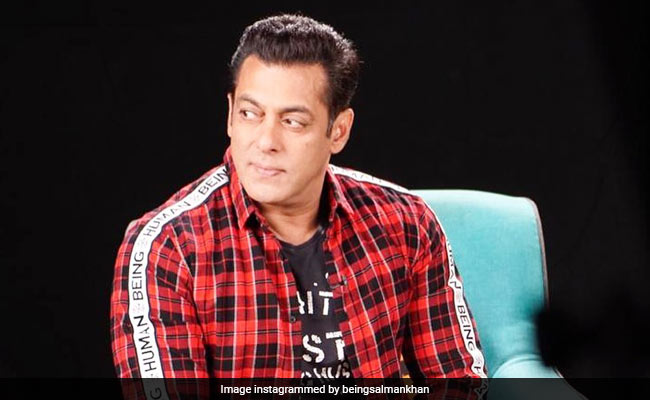 There's absolutely no denying the fact that Salman Khan has a great sense of humour and it clearly reflects in candid interviews. The reason we brought this up today is because the actor was recently asked a question pertaining to marriage (which he is often asked about) and his response was absolutely hilarious. During a recent interview with Filmfare, Salman was asked 'Has any girl proposed to you in real life?' To which the actor replied, "No, so far it's never happened." The Bharat actor backed his answer with a hilarious explanation and he added, "Because I don't do candlelight dinners. I can't see what I'm eating in candlelight. But I do feel sad that I haven't been approached yet."

Salman Khan is reportedly dating Romanian TV presenter Iulia Vantur. Iulia is frequently spotted at parties and events hosted by Salman Khan and his family. However, their current relationship status is unknown as neither Salman, nor Iulia have accepted or denied their rumoured romance.

On the work front, Salman Khan was last seen in Ali Abbas Zafar's Bharat, co-starring Katrina Kaif. The actor's line-up of films includes Dabangg 3, co-starring Sonakshi Sinha and Sanjay Leela Bhansali-directed Inshallah, in which he will be seen sharing screen space with Alia Bhatt. Besides Bollywood films, the actor has also produced the ninth season of the television dance reality show Nach Baliye.