Salman Khan And Alia Bhatt's Inshallah Will Have A 'Third Angle': Report

Looks like Inshallah will have a twist in the romance with the introduction of a third angle - another lead actress. 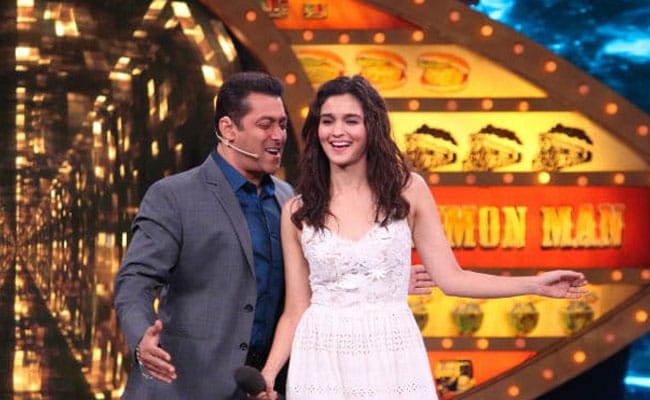 Salman Khan and Alia Bhatt on sets of Bigg Boss 10

Looks like the cast of Salman Khan and Alia Bhatt's Inshallah just swelled by one. A Pinkvilla report cites a source to say that like most Sanjay Leela Bhansali movies, Inshallah too will have a twist in the romance with the introduction of a 'third angle' - another lead actress. "Most of Bhansali movies have had a third lead angle to it, be it Bajirao Mastani, Padmaavat or Hum Dil De Chuke Sanam. Inshallah will be following the same league and will see a relatively young actress play a second female lead in the love drama by Salman and Alia," the publication quoted the source as saying.

While not much is known about the storyline of Inshallah, the movie will reportedly see Salman Khan play the role of a businessman in his mid-40s while Alia has been cast as an aspiring actress.

Salman Khan and Mr Bhansali are reuniting after 11 years with Inshallah while this will be a set of firsts for Alia Bhatt - her first film with both Salman and the director. Salman and Mr Bhansali have earlier worked in the 1996 film Khamoshi, the 1999 blockbuster Hum Dil De Chuke Sanam and the 2007 film Saawariya, in which Salman only made a cameo appearance.

Like all Salman Khan films, Inshallah too has booked Eid 2020, which made Rohit Shetty reschedule his next cop drama Sooryavanshi, starring Akshay Kumar.