Inshallah: Salman Khan And Alia Bhatt's May-December Romance Will Be 'Justified In Plot' 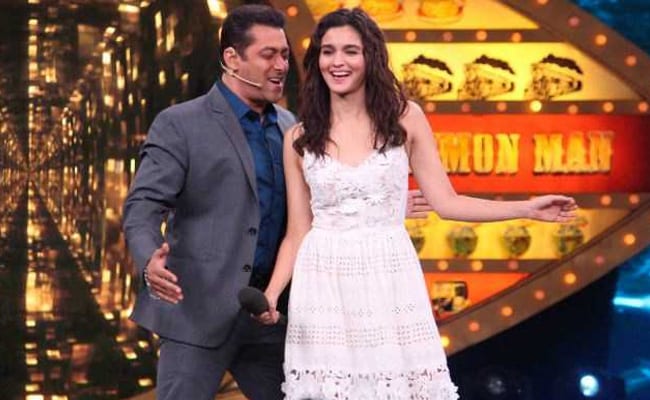 Salman Khan and Alia Bhatt on the sets of Bigg Boss 10.

Salman Khan and Alia Bhatt's casting in Sanjay Leela Bhansali's next project Inshallah raised eyebrows on the Internet but a source close to the project told Mumbai Mirror that plot of the film justifies the May-December romance. "Salman Khan is a businessman in his mid-40s. The character is reminiscent of his turn in his 1997 romcom Jab Pyar Kisise Hota Hai. Alia plays a 20-something aspiring actress. All the factors, including age gap, have been taken into consideration. The story will justify the teaming up of two actors, from different generations, on a romantic journey," the source said. Inshallah reunites director Bhansali and Salman Khan after 19 years while it is Alia's first film with both Mr Bhansali and Salman Khan.

Inshallah is expected to go on floors later this year and currently Sanjay Leela Bhansali is recceing shooting locations for the film. The film will be shot in India and in the US. "The locations under consideration are Haridwar, Rishikesh and Varanasi," the source, adding that Salman Khan and Alia Bhatt will shoot in the US in winters.

Meanwhile, Alia Bhatt is reaping praises for her performance in one-day old Kalank, which collected over Rs 21 crore on the first day. Currently, Alia Bhatt has several plum projects in her kitty, including Rajamouli's RRR, Karan Johar-produced Brahmastra and Takht, which KJo will direct.

Salman Khan is currently getting in the promotions mode for Bharat slated for Eid 2019 release. He is also filming Dabangg 3.

Inshallah is slated for Eid 2020 release.