"I always thought of him as my younger brother and today he proves it," wrote Salman Khan for Rohit Shetty 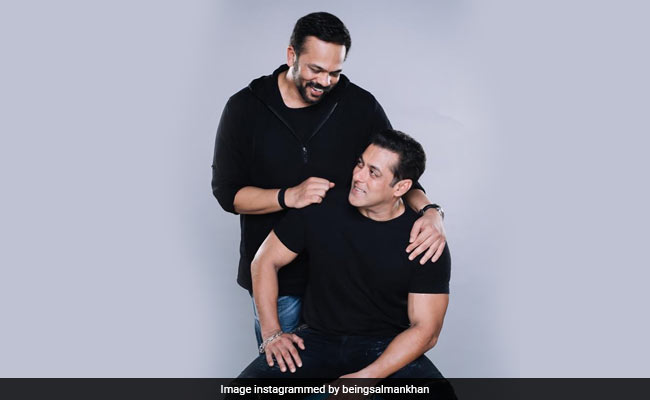 Salman Khan on Wednesday shared a post for director Rohit Shetty expressing his gratitude towards him. In case you are wondering why, here's the answer. Rohit Shetty rescheduled the release date of his cop-drama Sooryavanshi for Salman Khan's Inshallah and his film will now release on March 27 next year. Sooryavanshi, featuring Akshay Kumar and Salman's Bharat co-star Katrina Kaif in lead roles, was earlier slated to release on Eid next year; however, the date is now booked for Inshallah, which stars Salman and Alia Bhatt in main roles. The decision by Rohit Shetty left Salman Khan overwhelmed as the 53-year-old actor posted a picture of himself with the director and called him his "younger brother" in the caption. "I always thought of him as my younger brother and today he proves it... Rohit Shetty. Sooryavanshi releasing on 27th March, 2020," wrote Salman.

I always thought of him as my younger brother and today he proves it... @itsrohitshetty Sooryavanshi releasing on 27th March, 2020.

Rohit Shetty, who is known for making cop-dramas, is prepping to extend his cop universe with Sooryavanshi. The film is Akshay Kumar's first project with Rohit. Sooryavanshi will be produced under the banner of Karan Johar's Dharma Productions.

Apart from Sooryavanshi, Rohit Shetty has directed cop films such as Singham and Singham Returns, featuring Ajay Devgn in the lead role, and Simmba, which starred Ranveer Singh.

Inshallah got its release date a few days ago and the film marks director Sanjay Leela Bhansali and Salman's reunion after 11 years. The duo have earlier worked in the 1996 film Khamoshi, the 1999 blockbuster Hum Dil De Chuke Sanam and the 2007 film Saawariya, in which Salman only made a cameo appearance. Inshallah also marks Alia Bhatt and Salman's first collaborative project.