Inshallah is a romantic drama, slated to release next year 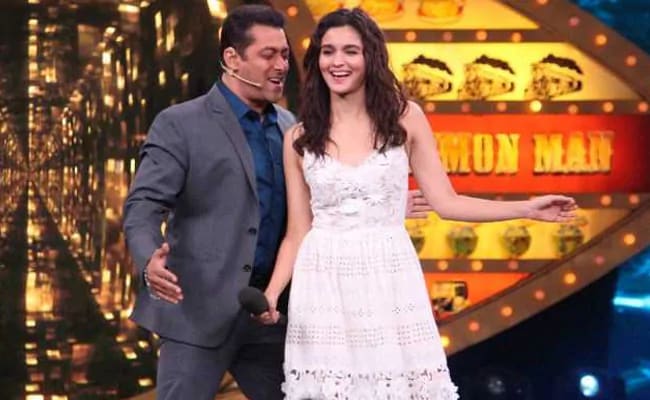 Salman Khan photographed with Alia Bhatt on the sets of Bigg Boss.

Eid is a festival that almost always sees a Salman Khan film release - the list includes Bodyguard, Kick, Ek Tha Tiger and Race 3 and his recently-released film Bharat, which garnered over Rs 40 crore on its opening day. The reason we brought this up today is because Salman's Inshallah(just like most of his films) is slated to release on Eid next year. On Thursday, Bollywood trade analyst Taran Adarsh announced the film's release date on social media and he wrote, "It's official: Inshallah release date finalised - Eid 2020... Sanjay Leela Bhansali teams up with Salman after a long gap."

Earlier this year, there were reports that Salman allegedly made a phone call to his colleague Akshay Kumar in order to avoid a box office clash in 2020. According to a Mumbai Mirror report, when Salman learnt that Akshay's Sooryavanshi might clash with his film Inshallah on Eid next year, the actor called up Akshay to avoid a possible clash at the box office.

Inshallah marks Salman Khan and the film's lead actress- Alia Bhatt's first collaborative project. Inshallahis a romantic drama, which will be directed by Sanjay Leela Bhansali. Salman and Mr Bhansali worked together in 1996 film Khamoshi and the 1999 hit film Hum Dil De Chuke Sanam. The duo even worked together in the 2007 film Saawariya, in which Salman made a cameo appearance.