'If You Want To Make God Laugh Then Tell Him About Your Plan': Alia Bhatt On Not Being Able To Work With Salman Khan

"I can give it you in writing that I am going to work with Sanjay Leela Bhansali very soon," said Alia Bhatt 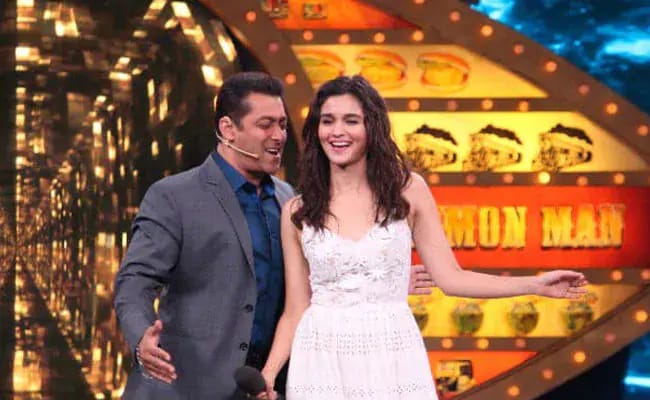 Salman Khan and Alia Bhatt on the sets of Bigg Boss.

Alia Bhatt is clearly having the best days of her life on the professional front, what with back to back hits and the actress even received the Best Actress Award for her performance in Raazi at the recently-held IIFA Awards. However, there is one thing that the actress is not very pleased about - the fact that she won't be able to share screen space with Salman Khan in Inshallah. During a recent interview with Hindustan Times, Alia said that she was extremely "excited" about working the Dabangg star and that she believes that sometimes things are not under her control. "I was very excited to work with Sanjay Leela Bhansali, of course and very excited to work with Salman as well. I believe that sometimes things just happen and it's not in your control. That way there's a saying that if you want to make God laugh then tell him about your plans because plans never really go as per plan," said Alia Bhatt.

Inshallah would have been Alia Bhatt and Salman Khan's first project together. Salman Khan, who was supposed to play the lead role in the film, interacted with the media on the sidelines of the IIFA Awards in Mumbai, where he told the media, "Currently, Inshallah is not being made. Inshallah will be made but at least not with me."

On the work front, Kalank remains Alia Bhatt's last release. She will next be seen in Ayan Mukerji's Brahmastra, Karan Johar's Takht and Sadak 2, which is being directed by her father Mahesh Bhatt.