Salman Khan Confirms Inshallah Will Be Made Without Him

"Currently, Inshallah is not being made. Inshallah will be made but at least not with me," said Salman Khan 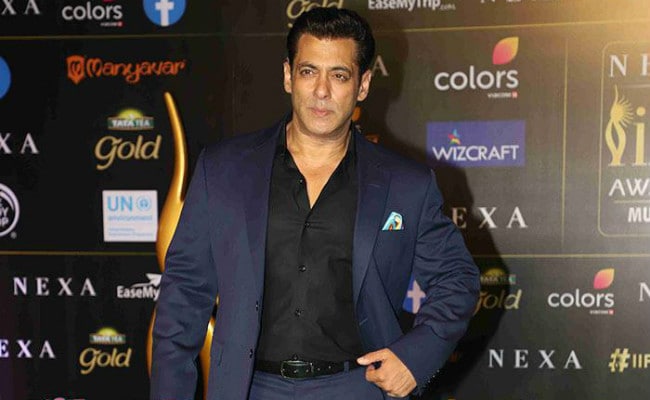 At the side-lines of the IIFA Awards, Salman Khan was asked to share the status of Inshallah, when he confirmed that the Sanjay Leela Bhansali film will be made but with another lead star. "Currently, Inshallah is not being made. Inshallah will be made but at least not with me," said the 53-year-old superstar, reported news agency ANI. Salman also assured fans that no matter what, there will be an Eid release next year. "A film will definitely come on Eid. First, it (Dabangg 3) will come on December 20, then a film will come on Eid also," PTI quoted him as saying. "Kuch aur banegi (some other film will be made)," Salman Khan added. Previously, Eid 2020 was booked for Inshallah, which also stars actress Alia Bhatt.

Earlier in August, speculation was rife that the National Award-winning filmmaker had shelved the much-awaited project due to creative differences with Salman Khan. Follow-up reports stated that Sanjay Leela Bhansali may reportedly make the film after all but without the Dabangg actor. This is what a source close to the production told Times Of India: "The filmmaker has decided to make a few changes to the script and make the project as planned. Alia will still be a part of the film but another actor will be roped in to replace Salman."

Meanwhile, Salman had already announced that Inshallah has indefinitely been postponed and that another film will fill the Eid 2020 spot. In a tweet, Salman had hinted that Kick 2 may release on Eid next year but soon after producer Sajid Nadiadwala said Kick 2 won't be ready by then: "I have just started writing it. It is not coming on Eid."

Salman Khan's recent statement also puts rumours that Dabangg 3 was to be shifted to Eid 2020 at rest.

Salman Khan will next be seen in Dabangg 3, which releases in December this year.