The update of sorts arrives days after producer Sajid Nadiadwala clarified that Kick 2 will not be ready for release on Eid next year. 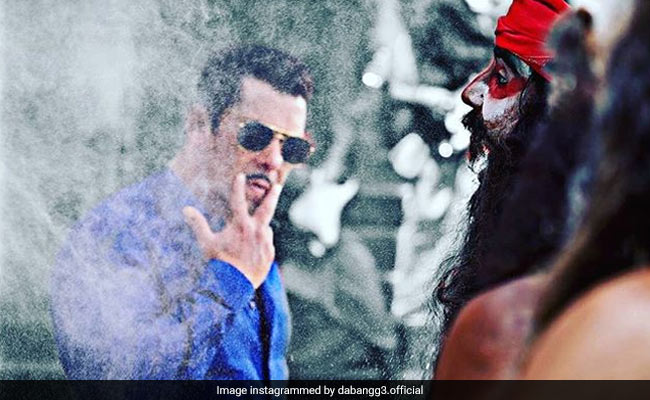 Salman Khan, who has already promised his fans a customary release on Eid 2020, may reportedly shift Dabangg 3 from this year to next to cover the spot. A source close to the 53-year-old actor's team told news agency IANS that Dabangg 3 director Prabhu Deva has been asked to consider Eid 2020 as the release date instead of the much awaited December 20, 2019 release. "It is a serious thought, and one which Dabangg 3 director Prabhu Deva has been asked to consider," IANS quoted the source as saying. The update of sorts arrives days after producer Sajid Nadiadwala clarified that Kick 2 will not be ready for release on Eid next year.

Speaking at an event recently, IANS quoted Mr Nadiadwala as saying that he will only be able to get the Kick 2 script ready by Eid 2020: "I have just started writing it. It is not coming on Eid. I had gone to his place (Mr Nadiadwala said without taking names) and he asked me, 'How much are you ready?' I said I have written one draft and need at least three to six months to re-write the draft. So, I will be ready by Eid with the script."

It all began with director Sanjay Leela Bhansali reportedly cancelling Inshallah on the basis of creative differences with Salman Khan. Inshallah had booked Eid 2020 and soon after reports of the film being shelved spread like wildfire, the Dabangg actor tweeted to say: "The film with Sanjay Leela Bhansali is pushed but I will still see you all on Eid, 2020. Inshallah!" Alia Bhatt was to co-star with Salman Khan in the film.

In another tweet, Salman hinted that Kick 2 may be releasing on Eid next year instead of Inshallah. He tweeted a reworked version of a famous dialogue from Kick and said: "Itna mat sochna mere baare mein, dil mein aata hoon... aur Eid pe bhi."

Talking about Sanjay Leela Bhansali and leaving fans even more confused in turn, Salman told Mumbai Mirror in an interview: "When he came to me with this film, I liked it and we decided to work together again. One thing I can say is that Sanjay won't do gaddaari with his film. I want him to make the film he wants to make."

Meanwhile, Alia Bhatt had reportedly rejected a big budget Aamir Khan film for Salman Khan's Inshallah and now she has none.