Salman Khan On Inshallah: 'Sanjay Leela Bhansali Won't Do Gaddaari With His Film'

While Salman appeared to refute rumours that Inshallah is no longer in the pipeline, he also said: "Nothing changes between us as friends." 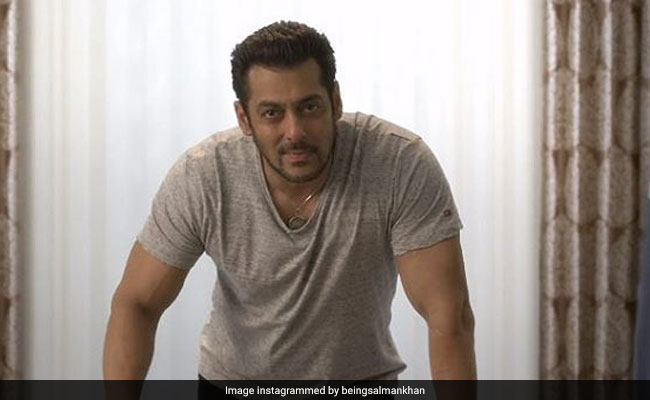 Amidst reports that the much talked about Inshallah has been shelved, Salman Khan told Mumbai Mirror that he and "friend" Sanjay Leela Bhansali go back a long way and that there's no way the National Award-winning filmmaker will back out from such a huge commitment. "When he came to me with this film, I liked it and we decided to work together again. One thing I can say is that Sanjay won't do gaddaari with his film. I want him to make the film he wants to make," Mumbai Mirror quoted Salman as saying. The last bit of the Dabangg actor's statement appears to be a response to rumours that Mr Bhansali called off the project after Salman suggested changes in the script, as was revealed by a source recently, which news agency PTI reported.

While Salman appeared to refute rumours that Inshallah is no longer in the pipeline, in his subsequent statements to Mumbai Mirror, he said this: "Nothing changes between us as friends and I'm sure nothing has changed in Sanjay's heart for me. I'm extremely close to his mother (Leela) and sister (Bela). I wish him all the best. He and I will still work in future on a film, inshallah."

On Tuesday, PTI reported a source close to the project as saying that Inshallah has been cancelled: "Sanjay Leela Bhansali respects and loves his actors and suggestions are welcome but not if they aim to alter the narrative. Hence, he has taken the decision to shelve the film. However, they are still friends and Sanjay Leela Bhansali has immense love and respect for him."

Earlier on Sunday, Salman Khan tweeted to say that Inshallah has been "pushed" but Eid 2020 still remains booked: "The film with Sanjay Leela Bhansali is pushed but I will still see you all on Eid, 2020. Inshallah!"

In another tweet on Monday, Salman dropped a hint that Kick 2 may be releasing on Eid next year instead of Inshallah. He tweeted a reworked version of a famous dialogue from Kick and said: "Itna mat sochna mere baare mein, dil mein aata hoon... aur Eid pe bhi."

Since its announcement, Inshallah has created much noise in the showbiz sector for its intriguing cast (Salman Khan and Alia Bhatt) and most significantly for the shifting of Akshay Kumar's Sooryavanshi's release date from Eid to March 27 to avoid a box office clash. Inshallah would have reunited Sanjay Leela Bhansali and Salman Khan after 11 years.

Salman Khan has worked with Sanjay Leela Bhansali in his debut film Khamoshi: The Musical and then in 1999 release Hum Dil De Chuke Sanam. While that was Salman's last film with the director, Salman also had a cameo in 2007's Saawariya.