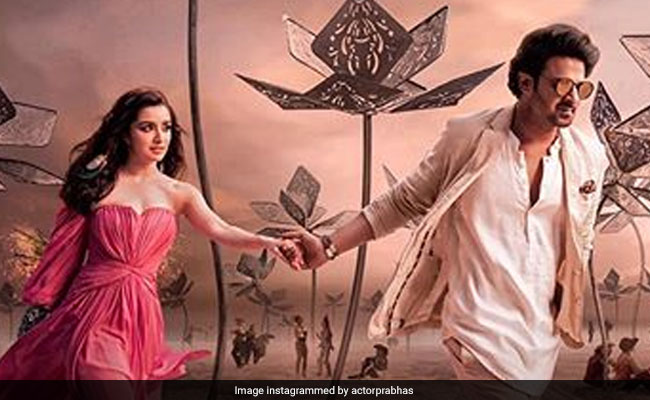 Prabhas and Shraddha in a still from Saaho. (Image courtesy: actorprabhas)

Saaho is a high-octane action film that marks Prabhas' first Hindi film and Shraddha Kapoor's debut in the Telugu film industry. The film is reportedly made on a budget of Rs. 350 crore and its action sequences were choreographed by action director Kenny Bates, who is best known for his work in Transformers: Dark Of The Moon and Armageddon.

Saaho opened in theatres on last Friday to terrible reviews. Film critic Saibal Chatterjee reviewed the film for NDTV and gave it 1.5 stars out of 5. He wrote: "The overheated action sequences - there are far too many of them and each one of them drags on way beyond the limits of endurance - are where the makers of the film seem to have sunk all their money. Really dumb! Had they used only a fraction of the budget on developing a worthy tale to hang their action and SFX extravaganza on, they might have avoided such a massive, unmitigated mess." However, it can be said that Prabhas' stardom is helping the film perform well at the box office.