Saaho Review: Prabhas has screen presence but neither his Hindi dialogue delivery nor his character's motivations are remotely convincing. 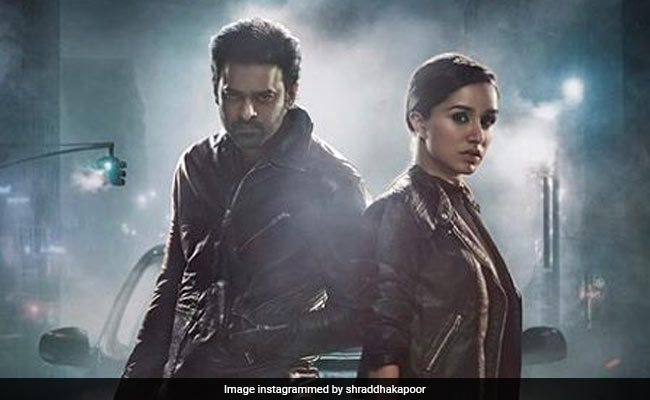 Story: all over the place. Screenplay: maddeningly muddled. Execution: strictly by the numbers. Outcome: appallingly atrocious. In short, the sum total of Saaho, reportedly made on a Rs 350-crore budget, is zilch. It is a bloated behemoth that stomps about clunkily and leaves behind a hardly edifying trail. The cops-and-robbers yarn does not contain a shred of originality. The film's unrelentingly shrill pitch is aggravated by the ear-splitting background score and its never-ending action set pieces. Saaho has obviously been made by people who have no faith in tonal variations.

Until about an hour into Saaho, written and directed by the one-film-old Sujeeth, it is unclear what is going on. To begin with, the film is a total hodgepodge. It takes ages for the haze to lift. Character names like Roy, Prithviraj, Devraj, Prince, Ashok Chakravarthy, Amritha Nair, and Kalki Gopalacharya, besides a host of others, are bandied about to throw some light on the proceedings, while places like Waaji (a futuristic city) and Karana (a village that's been supposedly wiped off the face of the earth) are randomly mentioned. These references are meant to be integral to a plot that is more a blurry jigsaw puzzle than a coherent narrative.

In fact, the film also has a character aptly named Shadow. You've got to wait until much later to figure out if this person is a big-time criminal or actually a sleuth. In ordinary circumstances, muddying the plot and keeping the audience guessing might work in favour of a suspenseful action film. In Saaho, it only enhances the already insufferable levels of obfuscation.

At the centre of the film is "the world's most powerful crime syndicate" headquartered in a megapolis where anything goes. The gang's wealth is locked up in a vault that can only be accessed with a special device - it is called the black box - which, in turn, is hidden in a bank in Mumbai. Well, Mumbai is the only location alluded to in the screenplay that is recognizable and real, but little that unfolds on the streets of the city or in its crime branch investigating a series of high-value heists belongs to the realm of any sort of plausibility. No matter how much disbelief you suspend, it would not be enough to grasp the logic behind the excesses of Saaho. 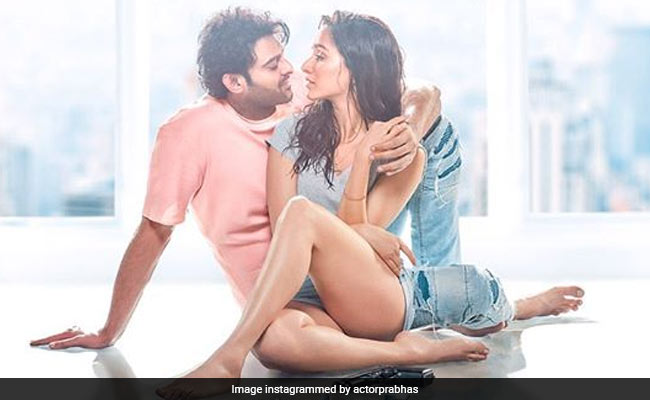 Multiple bunches of people are on the lookout for "the black box" - a team Mumbai cops, a powerful dead Mafioso's gang, a breakaway group that wants to take control of the empire of crime and one loose-cannon robber who, the hero tells his team in one scene, is always a step ahead of the law enforcers. A big reveal at the film's halfway mark is designed to spring a surprise on the audience. It does not because Saaho is the sort of movie which allows the audience to be a step ahead. In a film that has nothing new to offer, that is akin to a self-goal.

The overheated action sequences - there are far too many of them and each one of them drags on way beyond the limits of endurance - are where the makers of the film seem to have sunk all their money. Really dumb! Had they used only a fraction of the budget on developing a worthy tale to hang their action and SFX extravaganza on, they might have avoided such a massive, unmitigated mess. 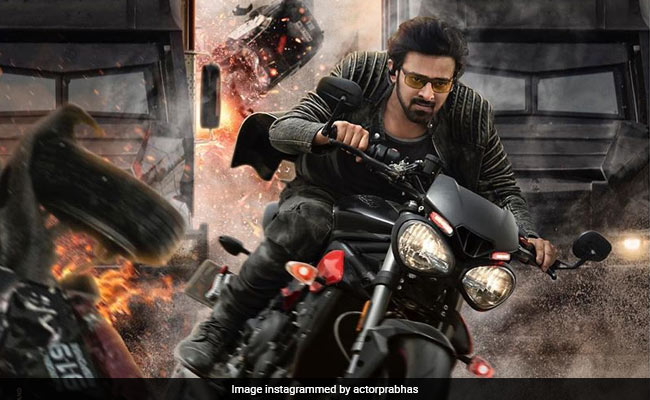 Prabhas has screen presence all right, but neither his Hindi dialogue delivery nor the motivations that drive the eponymous protagonist are remotely convincing. The female actors in the cast, even the so-called heroine (Shraddha Kapoor), are treated like absolute dirt. Kapoor plays a crime branch cop who, apart from being constantly ridiculed by her boss, is condemned to either being a serial damsel-in-distress or a fair game for the amorous hero who does not need so much as a by-your-leave to treat her like an object that he can play around with. 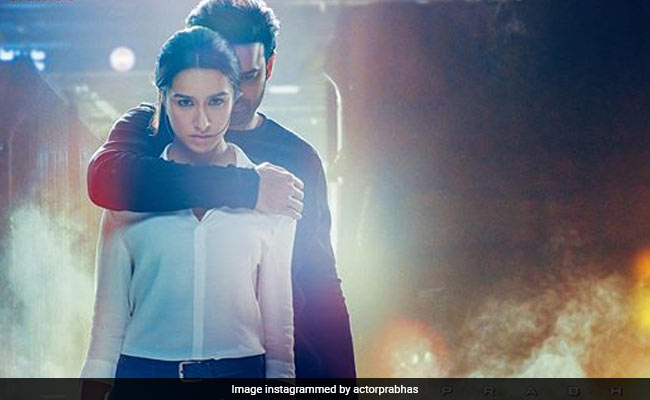 The gender prejudice on show in Saaho is, in a sense, indirect and, therefore, even more dangerous than misogyny is in films where it is more in your face. There are only two other women in this over-peopled, over-plotted monstrosity - Mandira Bedi as a crime syndicate's legal adviser and Evelyn Sharma (who pops up towards the end of the film in the guise of a police officer in a fictitious city). They are once in a while allowed to go all guns blazing, but eventually it is the men who get to call the shots.

All the other girls seen on the screen, including 'item girl' Jacqueline Fernandez who willy-nilly has to concede to a Bad Boy's demand that she be his "Bad Girl", serve the solitary purpose of putting up a skin show when the fireworks get too heavy-handed. A couple of love songs featuring the action hero and his painfully submissive gal pal are thrown in, but they are completely out of place.

The male-dominated cast has an array of character actors out to out-ham each other: Lal as a crime lord's confidant, Neil Nitin Mukesh as a shadowy gumshoe, Mahesh Manjrekar and Chunky Pandey as two abominable gold diggers, Jackie Shroff as a patriarch who runs the underworld show, Tinnu Anand as an immobilized old man at the mercy of his ruthless son, Arun Vijay as a prodigal who returns to reclaim his empire, Vennela Kishore as a bumbling cop and Prakash Belawadi as the crime branch head. It isn't a heady spectacle watching seasoned actors looking so lost. This is a classic case of one too many making too little sense. The underrated Murali Sharma, who plays a cop with negative shades, is about the only one of the actors who does not get swept away by the din. But the script gives him the short end of the stick.

Saaho may, like so many other shrill, gory actioners of the recent past, end up make pots of money. But that will not take away from the fact that it is egregiously turgid. A Telugu superstar attempting to break into Hindi cinema should have chosen better.