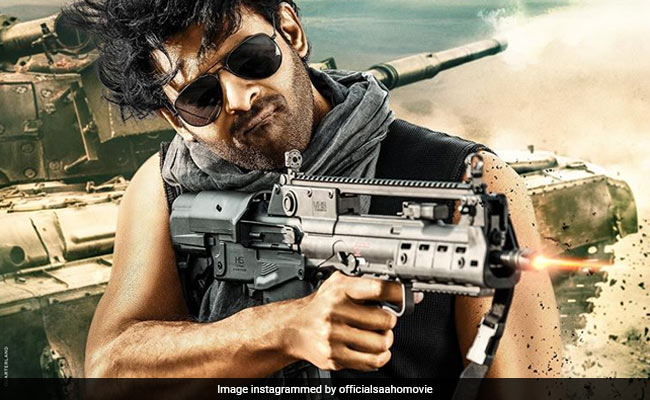 Prabhas on a poster of Saaho (courtesy officialsaahomovie)

The trailer of Saaho was just a tiny hint of how action-packed the full-fledged film will be. With action director Kenny Bates of international repute being the mind behind the nail-biting action sequences in Saaho, expectations are highest than usual. Now, to add to the hype, Prabhas revealed that Saaho has a strong Game Of Thrones connection. Indian Express reported the South superstar as saying that technicians who were part of Game Of Thrones has worked for Saaho as well. Prabhas began by saying: "Shraddha Kapoor and I did a lot of training for the film. More than the actors, it was the technical crew that did a lot of planning."

Not only Game Of Thrones but also crew members who drove the monster trucks in Transformer films were brought in for the project: "Kenny Bates, who did Transformers and Italian Job, came to Hyderabad five times and they went to Dubai for the locations. And 40 people from Hollywood, including technicians who did Game Of Thrones and the best truck drivers of Transformers, have worked on this film."

The Saaho trailer has glimpses of Prabhas escaping a crashing truck at close quarters and also a huge metal truck going off-road in the midst of an action-packed sequence. "The truck sliding you see (in the trailer) is not CGI. It is real. The truck, sliding at 40/50 KMPH speed, couldn't stop and it banged the footpath. There are a lot of real stunts in the film," Prabhas said.

Directed by Sujeeth, the cast of Saaho also includes names like Chunky Panday and Neil Nitin Mukesh, who play the baddies. Saaho marks Prabhas' Hindi debut while Shraddha Kapoor steps into Telugu cinema with the movie. Saaho is all set to hit screens on August 30, when it will release in Telugu, Hindi and Tamil.