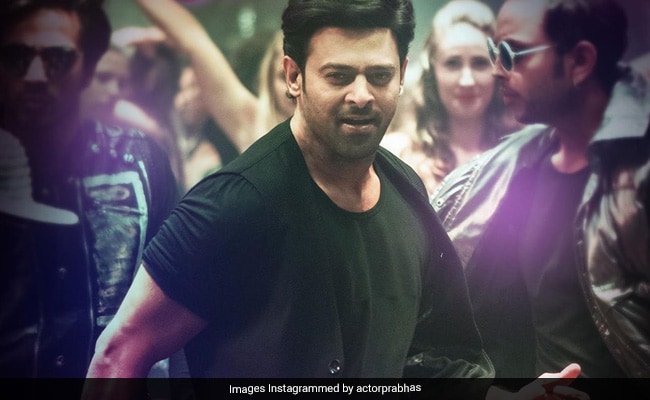 Prabhas in a still from Saaho. (Image courtesy: actorprabhas)

Can you guess what's that one thing that Prabhas always does before the release of his film? It is sleeping. Yes, you read that right. The 39-year-old actor, who is busy with the promotional duties of his forthcoming film Saaho, recently went to The Kapil Sharma Show, wherein he revealed his secret ritual. During the show, host Kapil Sharma prodded the Telugu superstar to talk about a rumour that the actor prefers sleeping the day before his film's release, to which Prabhas responded by saying, "Yes, I try to sleep a lot, but I couldn't sleep well because of tension and stress. The rumour is almost right," IANS reported.

Prabhas, Shraddha Kapoor and Neil Nitin Mukesh ( who plays one of the antagonists in the film) visited Kapil's show to promote Saaho. Neil shared pictures from the sets of the show and he wrote: "Amazing evening spent on the sets of The Kapil Sharma Show. The entire team is simply outstanding."

An amazing evening spent on the sets of #kapilsharmashow The entire team is simply outstanding. @kapilsharma you are incredible paaji @actorprabhas forever a darling @shraddhakapoor loads of love. Guys do catch the show and all the masti and dhamaal on the sets and wish us luck for #Saaho #30thaugustwithsaaho

Saaho is a high-octane action film, directed by Sujeeth. It is one of the most awaited films of the this year for more than one reason. To begin with, it is Prabhas' first film after the 2017 super hit film Baahubali 2: The Conclusion. Secondly, the film marks Shraddha Kapoor's debut in the Telugu film industry.