Read inOther Languages
This Article is From Aug 11, 2019

The teaser of Saaho released in Tamil , Malayalam and Telugu simultaneously 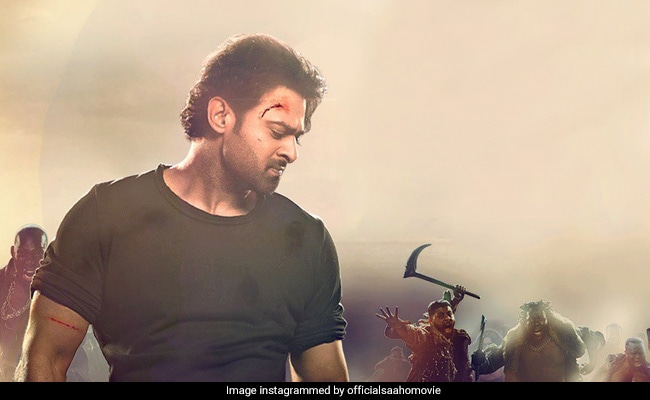 Prabhas in a still from Saaho. (Image courtesy: actorprabhas)

Hey folks, the highly awaited trailer of Saaho is out and it was absolutely worth the wait. The trailer showcases the story of an undercover agent played by Prabhas, whose only purpose is to catch the people who are responsible for a massive robbery. His only problem is that he has to deal with a "dangerous city of powerful gangsters" which includes Neil Nitin Mukesh, Jackie Shroff, Mandira Bedi, Chunky Panday and Arun Vijay. Prabhas' life takes a drastically different turn when crime branch officer Amrita Nair (played by Shraddha Kapoor) enters his life. The two-and-a-half minute video is a perfect amalgamation of high-octane action and romance between the film's lead pair. The high-octane action sequences have been brilliantly choreographed by Hollywood stunt choreographer Kenny Bates.

Check out the trailer of Saaho here:

Ahead of the trailer's release, film's lead actor Prabhas aroused the curiosity of his fans to a different level altogether by sharing a poster from Saaho and he wrote: "Are you ready for Saaho trailer, darlings? Just one day to go!" ICYMI, this is the post we are referring to:

Saaho is one of the most awaited films of the year for more than one reason. The film marks Shraddha Kapoor's debut in the Telugu film industry. Secondly, it is Prabhas' first film after the 2017 hit Baahubali: The Conclusion.

Saaho has been directed by Sujeeth and it has been produced by UV creations. The Hindi rendition of the film will be distributed by T-Series. The film was earlier slated to release on Independence Day, which meant it would clashed with Akshay Kumar's Mission Mangal and John Abraham's Batla House. However, it will finally release on August 30.