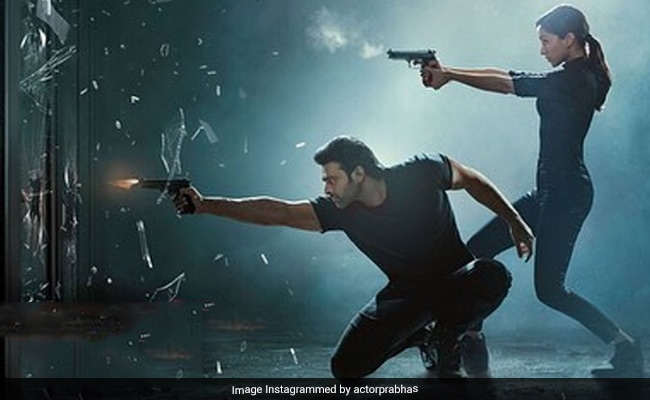 The posters of Saaho  keep getting better and better. The makers released a news adrenaline-laced poster from the film on social media on Thursday. In the poster, film's lead pair Prabhas and Shraddha Kapoor, dressed in black outfits, can be seen pointing a gun towards their enemies, who can be seen standing on the other end of the door. The Saaho posters occupied a top spot on the list of trends all of Thursday. Prabhas shared the poster on social media and he wrote: "Hi Darlings! Hope you liked this action poster. Saaho coming on August 30."

Check out the poster of Saaho here:

A few days, ago the makers of Saaho released another poster from the film, which featured Shraddha and Prabhas in a romantic setting. "Buckle up! We're coming to you on August 30," Shraddha captioned the post. ICYMI, this is what we are talking about:

Saaho was earlier slated to release on August 15. However, the film's release date was pushed in order to avoid clash with Telugu films - Ranarangam and Evaru and Bollywood films Batla House and Mission Mangal.