Prabhas' Saaho Gets A New Release Date. No Clash With Mission Mangal And Batla House

Saaho pulled out from the Independence Day release roster leaving Mission Mangal and Batla House behind. 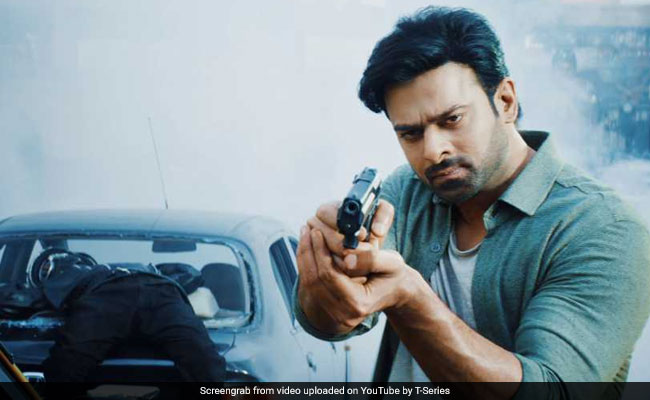 Prabhas and Shraddha Kapoor's Saaho will not get into the box office tussle with Mission Mangal and Batla House on Independence Day, after all, as reported earlier this week. Apart from Mission Mangal and Batla House, Saaho was set for a box office battle with two Telugu films too - Ranarangam, starring Sharwanand and Adivi Sesh's Evaru. Trade analyst Taran Adarsh confirmed that the release of Saaho has been pushed 15 days ahead on August 15. However, a source told news agency PTI that overcrowding at the box office is not the reason to postpone the release, instead the 'VFX is taking longer' than the makers had expected. "The release date of Saaho will be pushed ahead because some work is still left on the film and the VFX is taking a longer time," a source told PTI on Thursday.

A spokesperson to the producers added, "We want to bring the best to the audience. For bringing finesse to the action sequences we need some more time. Although we are shifting the date from independence day but we want to stick to the month of Independence and patriotism with Saaho. We are dedicated to bringing the biggest movie on the largest scale."

This is the official statement from the makers of Saaho:

No compromise on the content and quality!
The action begins in cinemas from 30th Aug. #Saaho releasing worldwide on 30.08.2019.#Prabhas@ShraddhaKapoor@NeilNMukesh@arunvijayno1@sujeethsign@UV_Creations@itsBhushanKumar@TSeries#30thAugWithSaahopic.twitter.com/Clne9tuiVS

Saaho is Prabhas' first film after the blockbuster Baahubali series for which the actor did not take up new projects for five years at a stretch. Saaho is an action thriller, which is simultaneously being made in Hindi, Tamil and Telugu. Saaho marks Shraddha's debut in the south film industry while it is also Prabhas' first Hindi film.

The teaser of Saaho released in June to tumultuous response. Watch the clip here:

Saaho is directed by Sujeeth, who told PTI that he narrated the script of the film to Prabhas before he complete filming Baahubali. Sujeeth said, "I had the script of Saaho, which was ready before Baahubali. I narrated him the story and he loved it."