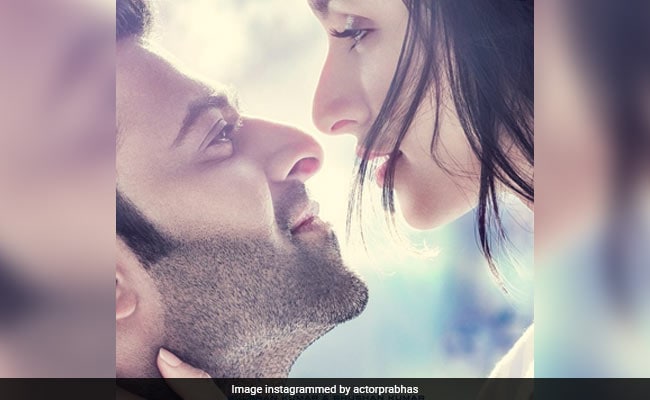 Prabhas and Shraddha Kapoor shared a new poster of their soon-to-release film Saaho on their respective social media pages along with the film's new release date - August 30. The poster captures a romantic moment between the characters played by Shraddha and Prabhas. Shraddha wrote, "Buckle up! We're coming to you on August 30," while Prabhas captioned it, "Darlings, we are coming to get you on August 30, 2019 ! Be ready!" Saaho, which was simultaneously filmed in Hindi, Tamil and Telugu, is Shraddha's first project in the south film industry while it is Prabhas' first Hindi film.

Take a look at the new poster of Saaho:

Saaho, an action thriller, is filmed on a grand scale with larger than life action sequences and state-of-the-art stunts, for which the actors worked with several international action directors. The previous posters focused on the action side of both the protagonists - while Prabhas was seen riding a bike with chaos and mayhem around him, Shraddha, who reportedly plays the role of a cop, was seen with a gun in her hands.

Here are the previous posters of Saaho:

Saaho was earlier scheduled to release on August 15 along with two more Telugu and Hindi films. However, last week the makers announced a new release date for the film citing pending VFX work for the delay. A statement issued by team Saaho read, "We want to bring the best to the audience. For bringing finesse to the action sequences we need some more time. Although we are shifting the date from Independence Day but we want to stick to the month of Independence and patriotism with Saaho."