After Baahubali, Prabhas 'Did Not Want To Give 2 Years To Saaho' But...

"I have spent two years on Saaho and I think my fans will kill me for that," said Prabhas 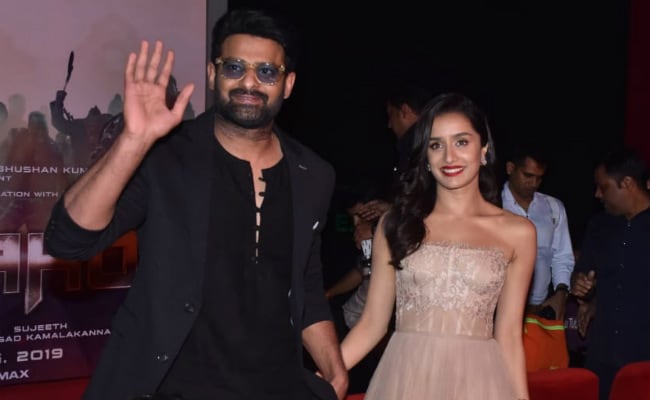 Prabhas at a promotional event for Saaho in Mumbai

South superstar Prabhas, who is all set for his next release the multilingual Saaho, confessed that after working on the Baahubali series of films for over four years, he wasn't eager to devote a stretch of two more years to another film, reported news agency PTI. The film in case in Saaho, in which Prabhas features as a touch cop. "I did not want to give two years to Saaho after giving four years or so for Baahubali," PTI quoted Prabhas as saying. But once he signed the film, there was no choice because the makers wanted to be meticulous about the action sequences, glimpses of which are in the newly release trailer: "But there was so much action and the action sequences required a lot of time. We worked on it for a year," said Prabhas.

Prabhas also added that he may have angered his fans with a two-year gap after Baahubali but hopes that Saaho strikes a chord with movie-goers: "I have spent two years on Saaho and I think my fans will kill me for that. Sujeeth (director) designed this film... It is very interesting the way he wrote the script. I hope the audience likes this film."

Saaho marks Prabhas' first film after 2017's Baahubali: The Conclusion. Prabhas featured in the titular role in the SS Rajamouli-directed epic saga, the first part of which Baahubali: The Beginning released in 2015. He instantly shot to fame as Baahubali released and is best identified as the lead star of Baahubali amongst cine-goers. Talking about moving on from the shadow of Baahubali, Prabhas said: "Coming out of Baahubali was not easy, it was difficult."