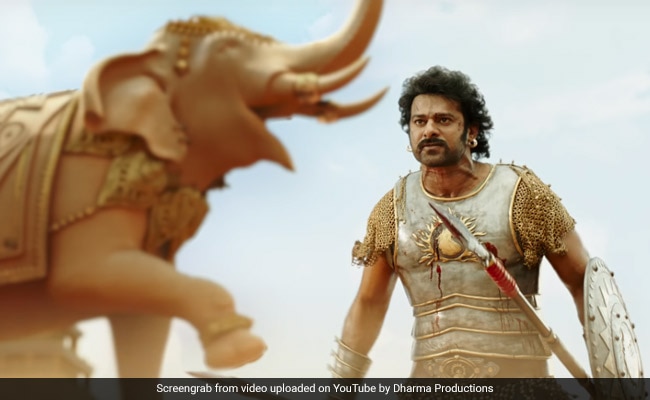 Prabhas in a still from Baahubali 2: The Conclusion. (Image courtesy YouTube)

S S Rajamouli's magnum opus Baahubali 2: The Conclusion, which opened in theaters in 2017, resonates with fans even today and the latest addition to the list of fans happens to be a prolific filmmaker. We are talking about Scott Derrickson, who is best-known for directing Marvel Cinematic Universe's superhero film Doctor Strange. On Thursday, the 53-year-old filmmaker shared a snippet from an epic fight sequence from Baahubali 2 on his Twitter profile and he wrote: "Behold, India's Baahubali 2!" The film featured Prabhas in the leading role and Rana Daggubati as the antagonist.

Besides Prabhas and Rana Daggubati, the film also featured Anushka Shetty, Tamannaah Bhatia, Ramya Krishnan, Sathyaraj, Nassar and Subbaraju in pivotal roles. The film not only won the hearts of Indian audiences, it was equally adept at performing well in the international arena and it premiered at international film fests like - the British Film Institute and the 39th Moscow International Film Festival.