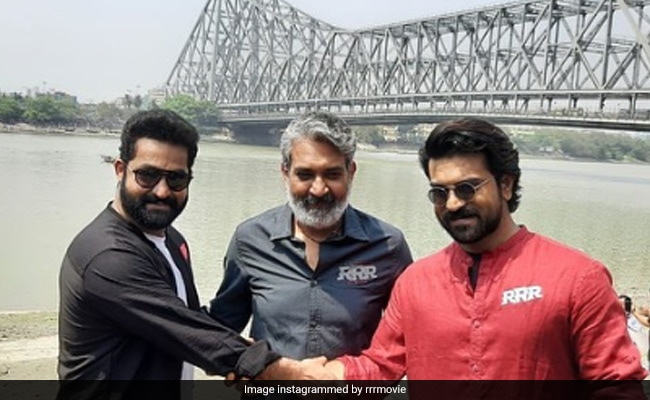 It is official. RRR still has a chance of making it to the Oscars. The makers have applied to “the Academy for Oscar consideration in general category”. A note was shared by team RRR on Twitter along with a picture featuring director SS Rajamouli and lead actors - Jr NTR and Ram Charan. The note read, “We are honoured that RRR's overwhelming success represented Indian Cinema on the global stage by creating milestones at the worldwide box-office and uniting film buffs across the world by transcending linguistic and cultural barriers. We're grateful to each and every one who loved our film and cheered us over the past few months. You made this journey possible. We applied to The Academy for Oscars consideration in the general category. We wish our RRR family the best and thank them from the bottom of our hearts for making this possible. Here's to continuing to win hearts and entertain audiences worldwide.”  The confirmation post has spread like wildfire on the social media platform. Everyone, literally everyone, is talking about the latest development related to SS Rajamouli's magnum opus. Initially, RRR fans were left disheartened after the Gujarati film Chhello Show was picked as India's official entry to Oscars 2023.

Take a look at the post, which was shared with the hashtag “RRR For Oscars”:

RRR, which was released on March 24, is a "fictitious story, set in the 1920s, based on two legendary freedom fighters - Alluri Seetharamaraju and Komaram Bheem." The film was recently screened at the Chinese Theatre in Los Angeles as a part of the Beyond Fest. SS Rajamouli also shared a video from the screening on Instagram and wrote, “Your adoration and applause towards my heroes, my film and me were enormous. Thank you, USA.”

So, are you excited?