Ileana D'Cruz has a picture for every mood and expression 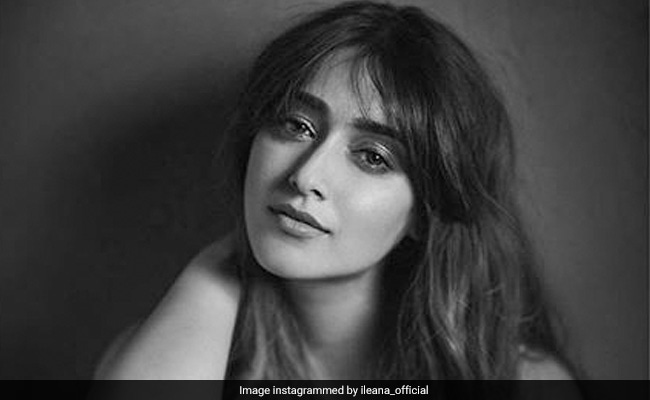 When Ileana D'Cruz is not busy with her strict workout routine, she shares pictures on her Instagram profile, most of which are throwbacks. She did something similar on Thursday morning. Sharing a greyscale picture of herself, Ileana explained the mood behind the photograph. Ileana, who can be seen happily posing for the camera, described the mood behind the picture and she wrote: "How I look at French toast in the morning." She added, "Hazy eyed and sleepy with a bit of drool on the side." Ileana's Instafam flooded the comments section of her post with heart and fire emojis.

How I look at French toast in the morning....hazy eyed and sleepy with a bit of drool on the side@rohanshrestha /a>

On Wednesday, Ileana posted a stunning picture of herself, dressed in a red gown. Here's how she described the post: "Just sitting here waiting for the world to get back to normal." This is the post we are referring to:

Ileana D'Cruz was last seen in the 2019 comedy film Pagalpanti, which starred Anil Kapoor, John Abraham, Urvashi Rautela, Arshad Warsi, Pulkit Samrat and Kriti Kharbanda in pivotal roles. She is best-known for her performances in Bollywood films such as Barfi!, Phata Poster Nikla Hero, Rustom and Happy Ending, to name a few.

The actress will next be seen in The Big Bull, co-starring Abhishek Bachchan. The film has been directed by filmmaker Kookie Gulati and it has been produced by Ajay Devgn. The Big Bull was announced as one of the seven big Bollywood films to release on OTT platform Disney+Hotstar. However, the film's release date hasn't been announced yet.