For Ileana D'Cruz, "Waiting For The World To Get Back To Normal" Be Like... 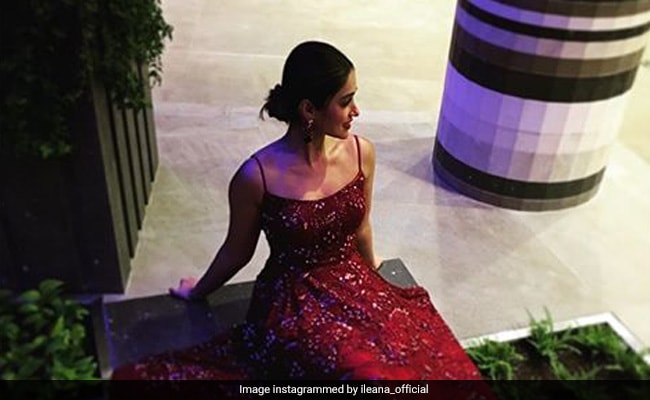 Ileana D'Cruz, just like us, is waiting for things to go back to normal post the coronavirus crisis. The actress, on Wednesday, expressed her thoughts out load through an Instagram post, where she shared a picture of herself and accompanied it with a witty caption. In the picture, Ileana looks stunning in a red sequined gown while posing on what appears to be a slab. Sharing the picture, she captioned it in the perfect way. The actress hilariously wrote: "Just sitting here waiting for the world to get back to normal." Her fans showered her post with a whole lot of love and heart emojis.

Ileana D'Cruz often trends on social media because of her workout and bikini pictures. We have selected some of them for you, check them out here:

Take care of yourself. Take care of what you choose to put into your system. The body you have is uniquely beautiful so nourish it - physically as well as mentally. Lastly dress up, show up, not for anyone else. Just do it for you. It's so worth it. Trust me.

In terms of work, Ileana D'Cruz made her debut in Bollywood with Anurag Basu's Barfi! She co-starred with Ranbir Kapoor and Priyanka Chopra in the film. Since then, she has featured in several Hindi films like Phata Poster Nikla Hero, Rustom and Happy Ending among others. Ileana was last seen in the 2019 comedy film Pagalpanti, which also featured Anil Kapoor, John Abraham, Pulkit Samrat and Kriti Kharband. The actress' next project is a Kookie Gulati film titled The Big Bull. The film will star Abhishek Bachchan in the titular role.

Ileana D'Cruz is best-known for her work in Telugu and Tamil films. She made her acting debut with the 2006 Telugu movie Devadasu and went on to work in movies like Khatarnak, Kedi, Munna, Bhale Dongalu, Rechipo, Nenu Naa Rakshasi and Nanban, to name a few.