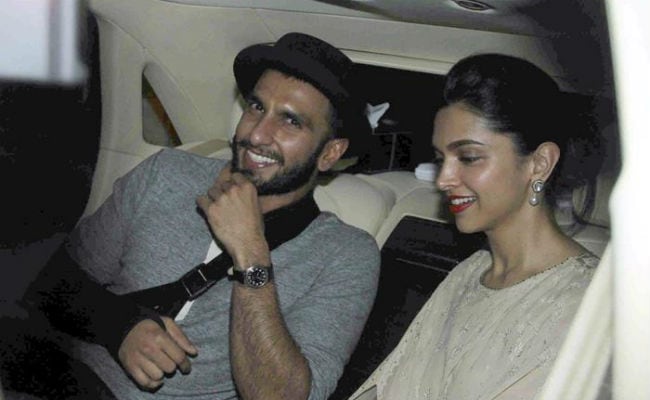 Ranveer and Deepika are reportedly looking forward to a November wedding

You must have seen Ranveer Singh's cute comments on Deepika Padukone's posts? Now, watch the actor blush as he was asked about his reported wedding to Deepika. Ranveer was recently caught completely off guard as AIB comedian Tanmay Bhat enquired about his wedding date during a live chat. But Ranveer being Ranveer had the situation under control but the grin on his face and the way he blushed spoke a thousand words. So, Ranveer recently joined Tanmay on one of his Instagram Live sessions, when mid-way through the conversation, the comedian said: "Now, I have one question. Shaadi kab hai?" Ranveer, who dodged the question like a boss, said: "Eye! Chaal nah!"

Video of the Instagram conversation have been curated by fan clubs and shared on social media. Here, take a look.

Updates | P3: Ranveer Singh and Tanmay Bhat joined instagram Live Chat
-
( Tanmay Asking Ranveer about the wedding how he feels about the comments he leaves under his posts telling the story of how they met ) pic.twitter.com/u4rKK7APYm

Ranveer Singh and Tanmay Bhat's bromance go back a long way. Remember the 2015 AIB Knockout Roast featuring Ranveer and Arjun Kapoor, which offended a huge section of the audience for the nature of its contents and snowballed into a controversy?

Meanwhile, Ranveer Singh and Deepika Padukone, who appear to have taken their hand-in-hand routine a notch higher, will reportedly have a destination wedding in an Italian resort area named Lake Como and November 20 is the big day for the couple. The couple have reportedly formulated a guest list, which is restricted to 30 names including just family and close friends. Last month, a DNA report stated that no cell phones will be allowed at the venue as they want to break the news on their own social media accounts: "They have asked guests to not bring their cell phones to the ceremony... While the two, in all likelihood, will share pictures with their fans eventually, they hope this step will help them guard their privacy." The couple are also expected to host grand receptions once back in India.

Ranveer Singh and Deepika Padukone were last seen together in Sanjay Leela Bhansali's "Padmaavat", after which the 32-yearold actress has not signed any film. Deepika's film with Irrfan Khan has been postponed indefinitely. On the work front, Ranveer is currently prepping for '83. He also has Simmba and Gully Boy in the line-up.