Rani Mukerji On Her Character In Mardaani 2: 'She Stands Against Gender Inequality'

"Mardaani 2 is a reflection of society and the times that we live in," said Rani Mukerji 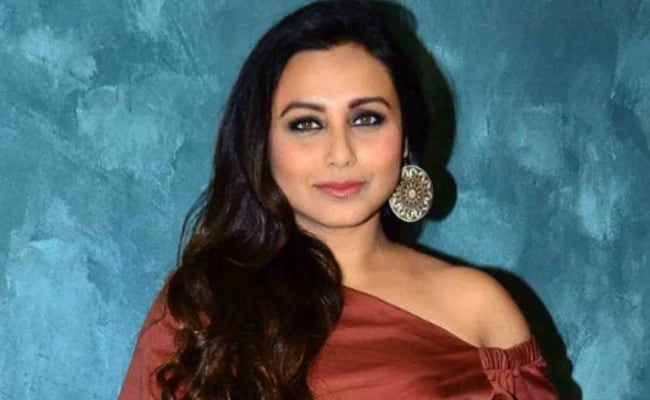 Actress Rani Mukerji, who is currently riding high on the positive response her latest release Mardaani 2 is seeing, says the intention of making the film was to make the country aware of the new and growing threat that women face from underage criminals committing sexual crimes, reported news agency IANS. Mardaani 2 has minted over Rs 28.05 crore in its first week. Speaking about her film, Rani Mukerji said: "Mardaani 2 is a reflection of society and the times that we live in. I'm happy that the film is resonating with audiences across the country because it has a very important message. Our intention was to make India aware of the new and growing threat that women and girls face from underage criminals, who are resorting to such violent crimes," she was quoted as saying by IANS.

She added: "If Mardaani 2 is making people sit up and take notice of the situation, our job is done."

The actress is also delighted that the two debutants of the film - director Gopi Puthran and villain Vishal Jethwa - are being celebrated as brilliant finds. "I'm glad that the film is doing well and thrilled with the reaction that our two debutants, Gopi and Vishal, have been receiving. They truly deserve all the applause and the appreciation because they have given it their all for the film," she said, reported IANS.

Rani Mukerji said both Gopi Puthran and Vishal "are refreshing additions to Bollywood and I wish they continue to delight us in the years to come."

For Rani, the franchise will always be most special because she sees herself in the protagonist Shivani Shivaji Roy. "Mardaani 2, for me, will always be extremely special because I'm deeply attached to the character of Shivani Shivaji Roy. Her beliefs are my beliefs, her vision for society and India are my beliefs, her way to never stop doing the right thing and speak up against injustice resonates with my core," she said, adding she hopes Shivani inspires others to do the right thing and be self-reliant.

"She is an important cinematic character because she stands for women's empowerment. She stands against gender inequality," said the actress, reported IANS.