Anushka Sharma is playing a biographer from London 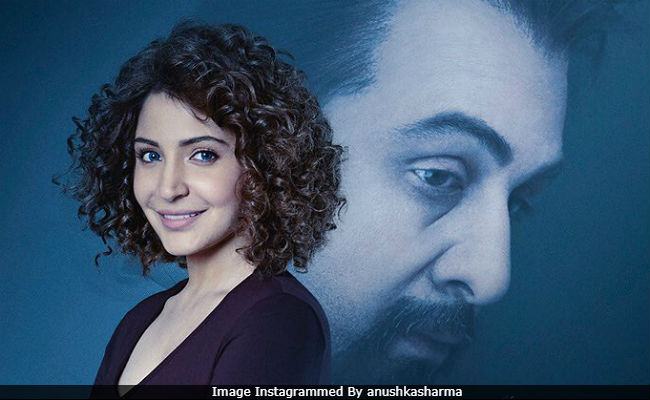 New Delhi: As the trailer of Ranbir Kapoor's Sanju was released, the rest of the film's cast was also introduced briefly. While we had a rough idea about what Ranbir's other co-stars feature as, Anushka Sharma's role in the film was kept under wraps. A poster from Sanju, featuring Anushka, was released on Tuesday and she was rumoured to be playing a journalist and that's the only thing that was known. However, at the trailer launch of Sanju, director Rajkumar Hirani explained that she stars as a biographer and her character is derived from himself and Abhijat Joshi, the co-writer of the film, news agency IANS reports.

"To showcase a biopic like this, you have to compress few parts into one. Similarly, Anushka Sharma's character is derived from myself and Abhijat. She is playing a biographer from London, and she comes to India. Sanjay wants her to write a book on him whereas she doesn't want to. We were also skeptical at first whether we should do this character or not. So basically she is us, but not as a filmmaker... (as) a biographer," Mr Hirani said, IANS reports.

What a special project this is It's a joy to be a part of anything you create sir @hirani.rajkumar #Sanju trailer out tomorrow Don't miss this one #RajkumarHiraniFilms #VVCFilms @foxstarhindi #RanbirKapoor

In the trailer where Anushka's character is introduced, she asks Sanju - Ranbir's onscreen name - about how many affairs he's had and his response - "308 tak yaad hai... chalo aap safety ke liye 350 laga lo."


Promoted
Listen to the latest songs, only on JioSaavn.com
Sanju is based on the life of Sanjay Dutt, 58. Also starring Sonam Kapoor, Dia Mirza, Vicky Kaushal, Paresh Rawal, Boman Irani and Jim Sarbh, Ranbir Kapoor's Sanju his the screens on June 29.