"Here is my dear friend Anushka. It's a special appearance but she worked on every nuance of the role for days together," wrote Sanju director 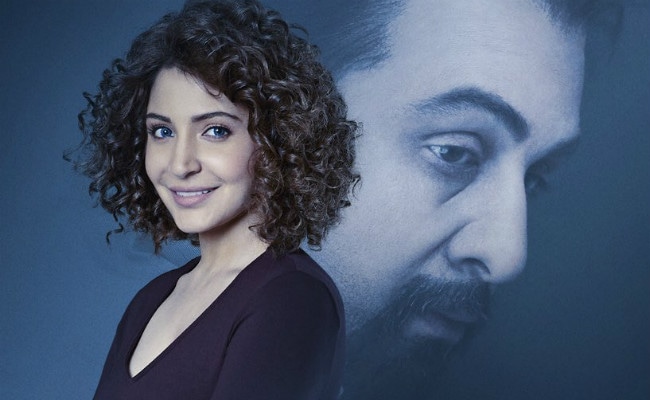 Anushka Sharma on the poster of Sanju

New Delhi: The Sanjay Dutt biopic looks all the more interesting with each passing day as the film's team is on a promotional roll, sharing posters of the film every now and then. A new Sanju poster, which was shared on Tuesday, introduced Anushka Sharma's character. The actress will have a "special appearance" in the film as tweeted by director Rajkumar Hirani. No details of her character has been revealed by the film's team yet and will be made available only at the trailer launch event. The wait for the trailer of Sanju ends on Wednesday. Introducing Anushka on the new poster, this is what the director wrote: "And here is my dear friend Anushka. It's a special appearance....but she worked on every nuance of the role for days together." Ranbir Kapoor plays the protagonist in the film.

This is how Mr Hirani teased movie buffs: "Can anyone guess who she plays? Will reveal tomorrow at the trailer launch." Anushka is reported to have been cast as a journalist, who asks rather difficult questions to the protagonist. In the poster, Anushka can be seen sporting short, unkempt hair, with the colour of her eyes particularly noticeable.

And here is my dear friend Anushka. It's a special appearance....but she worked on every nuance of the role for days together. Can anyone guess who she plays?....Will reveal tomorrow at the trailer launch. @AnushkaSharma#RanbirKapoor#RajkumarHiraniFilms@VVCFilms@foxstarhindipic.twitter.com/NsWXhf3EmZ

Sonam Kapoor also has an extended cameo in the Sanjay Dutt biopic, which is reported to have cast her as Sanjay Dutt's rumoured girlfriend, actress Tina Munim.

A still from #Sanju's crazy romantic love life! #SanjuTrailer out in 5 days on May 30th. #RanbirKapoor@VVCFilms@foxstarhindi@sonamakapoorpic.twitter.com/1ZE0Sa1oo7

Vicky Kaushal, who will play the role of Sanjay Dutt's childhood friend Kumar Gaurav, has also been introduced already.

Meet Vicky Kaushal. Such a refined actor and pure joy to work with him. He plays Sanju's best buddy. #SanjuTrailer out in 2 days on 30th May! #RanbirKapoor@vickykaushal09#RajkumarHiraniFilms@foxstarhindi@VVCFilmspic.twitter.com/979wx8eXks

Paresh Rawal plays the role of Sanjay Dutt's father Sunil Dutt in the movie while Manisha Koirala features as Nargis.

#sanju is a father-son story. Meet the father today - Paresh Rawal. Had fun working with him. #RanbirKapoor@VVCFilms@foxstarhindi@SirPareshRawalpic.twitter.com/GXWYaNBvm3

Promoted
Listen to the latest songs, only on JioSaavn.com
Dia Mirza has been cast as Sanjay Dutt's wife Maanyata while Karishma Tanna will feature as Madhuri Dixit.