Ranbir Kapoor's sister Riddhima, who was holidaying with Neetu Kapoor, has shared pictures 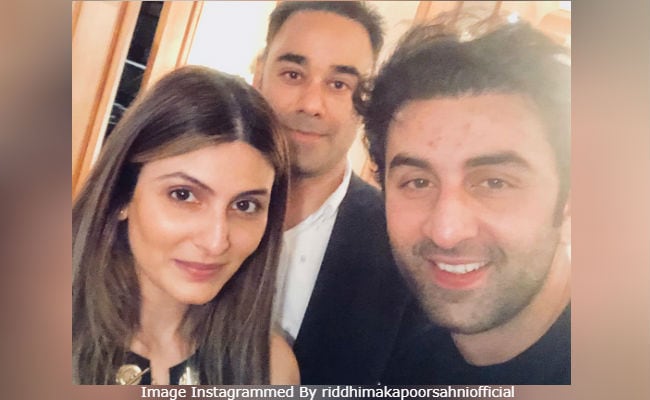 Ranbir Kapoor has flown to Paris to celebrate mom Neetu Kapoor's birthday on Sunday. His sister Riddhima, who was already holidaying with Ms Kapoor, has checked in Paris with a picture of herself, Ranbir and husband Bharat Sahni. "Mum's birthday. Paris," Riddhima captioned the post. She has also shared two other beautiful pictures with Neetu Kapoor, also featuring grand mother Krishna Raj Kapoor and daughter Samara. Veteran actress Neetu Kapoor turns 60 today. As per a DNA report, Rishi Kapoor is overseeing the arrangements of his wife's birthday. "Rishi Kapoor is in charge of all the arrangements. He will personally look into everything, including the birthday itinerary," a source told DNA.

Here are the pictures from Neetu Kapoor's birthday celebrations.

Riddhima had also posted a collage of mom Neetu's pictures with a caption that reads as, "#60goinon16. 'Happiest birthday to my lifeline' - I love you so much, mom."

A post shared by Riddhima Kapoor Sahni (@riddhimakapoorsahniofficial) on Jul 7, 2018 at 12:43pm PDT

Promoted
Listen to the latest songs, only on JioSaavn.com
Post the birthday celebrations, Ranbir, who is currently basking in the success of Sanju, is expected to start filming the next schedule of Ayan Mukerji's Brahmastra in Bulgaria. In Brahmastra, Ranbir co-stars with Amitabh Bachchan, Alia Bhatt and Mouni Roy. Ranbir and Alia are rumoured to be dating. However, the duo haven't acknowledged a romance as of yet. Just last Friday, Ranbir visited Alia at her Mumbai home in the night. Ranbir's Sanju, based on actor Sanjay Dutt's life, has scored over 200 crore at the box office. The aforementioned Brahmastra, a trilogy, is his forthcoming film. The first part releases in August 2019.