Neetu Kapoor and Riddhima Kapoor Sahni have finally revealed the date and venue of Alia Bhatt and Ranbir Kapoor's wedding. Putting an end to the speculations, the veteran actress said that the wedding would take place on April 14 at her son's Vastu house. In the video, paps can be heard asking Neetu about her to-be daughter-in-law Alia. To this, she replies, "Mai kya bolu uske baare mein (What do I say about her). She is the best. God bless them, really," while Riddhima added, "Bohot  cute hai yaar, doll jaisi hai (She is very cute, like a doll)."

Next, when the paps requested Neetu Kapoor and Riddhima Kapoor Sahni to reveal the wedding date, Riddhima said, "Kal hai, chalo, kal hai (It's tomorrow).' Asked about the venue, Neetu said it's at Vastu."

Ranbir Kapoor and Alia Bhatt's wedding ceremonies kick-started with the mehendi ceremony on Wednesday afternoon at Ranbir's Vastu house. For the ceremony, Neetu opted for a floral lehenga, while her daughter Riddhima dazzled in a sequin saree. The mother-daughter looked gorgeous and posed for the shutterbugs. Check out the pictures below: 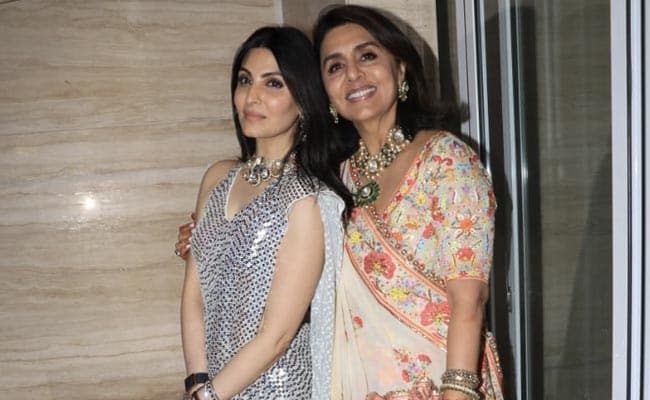 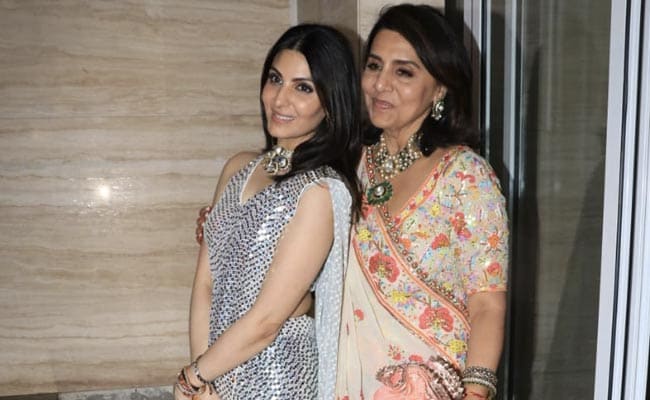 Alia and Ranbir's love story started on the sets of Ayan Mukerji's Brahmastra. The couple made their first public appearance, as a couple in 2018, at Sonam Kapoor and Anand Ahuja's reception.

Meanwhile, on the work front, Neetu Kapoor will be next seen in Jug Jugg Jeeyo, co-starring Anil Kapoor, Varun Dhawan and Kiara Advani. Helme by Raj Mehta, the film has been bankrolled by Karan Johar's Dharma Production. Currently, she is judging the TV reality show Dance Deewane Juniors.