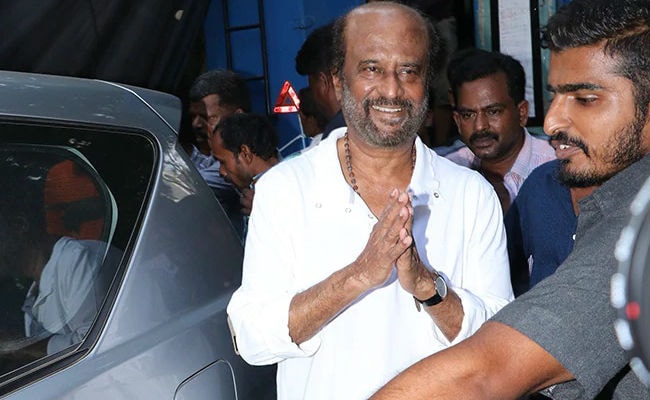 Rajinikanth on the sets of Darbar in Mumbai.

After the success of Petta, Rajinikanth signed another film with production banner Sun Pictures, with whom he also made 2010 hit Enthiran, the filmmakers announced on Friday. The film is tentatively titled Thalaivar 168 and it will be directed by Siva Prasad Reddy, who has earlier worked with south stars like Nagaruna Akkineni in Boss and Ajith Kumar in Veeram, Viswasam,Vivegam and Viswasam. Sun Pictures posted a short video of Rajinikanth on their official Twitter handle and wrote, "After the blockbuster hits Enthiran and Petta, the mega hit combo of superstar Rajinikanth and Sun Pictures come together for the third time for Thalaivar 168. Superstar's next movie, directed by Siva."

Here's the announcement of Thalaivar 168:

After the blockbuster hits Enthiran and Petta, the mega hit combo of Superstar @rajinikanth and @sunpictures come together for the third time for Thalaivar 168, Superstar's next movie, directed by @directorsiva#Thalaivar168BySunPicturespic.twitter.com/AL5Z6ryjbG

After a semi-lean period between 2010 and 2016 (during which Rajinikanth made only four films), the 68-year-old actor is back on movie making spree. In 2018, we saw him in Kaala, in which he played the don of Dharavi, and then in 2.0, which was a sequel to his 2010 hit Enthiran. This year, Rajinikanth featured in Karthik Subbaraj's Petta, which invoked his goon persona from his early films.

Rajinikanth is currently making Darbar with director AR Murugadoss. In the film, Rajinikanth plays the role of a cop, almost 27 years after he played a policeman in 1992 film Pandiyan. A good chunk of Darbar was filmed in Mumbai, where a part of the story is set.