Rajinikanth's Darbar Is Set. Check Out The First Look Of Thalaivar 167

In Darbar, actress Nayanthara has been cast opposite Rajinikanth. 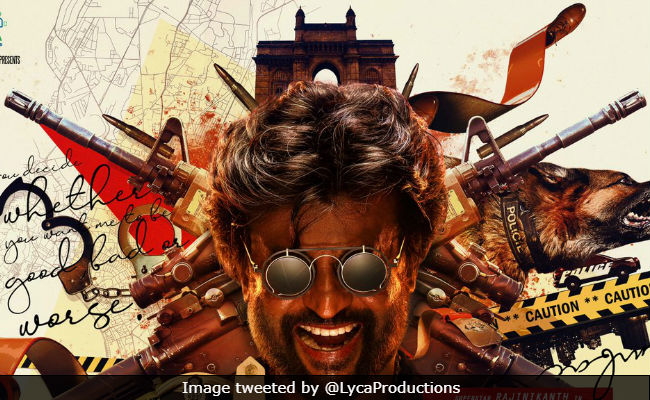 Superstar Rajinikanth is on a roll as after the release of Petta in January, the first look of the actor in AR Murugadoss' new film dropped on the Internet today. The film, which is titled Darbar, appears to be a cop drama of sorts. In the first look poster, Rajinikanth's elated picture takes the centrestage as insignia from a cop's uniform including a belt and a shoulder badge surround him. A police dog, several guns and the Gateway of India (located in Mumbai) also appear on the first look poster. The filmmakers have not shared too many details about the project, which was earlier called Thalaivar 167.

Here We Go! #Thalaivar167 is #Darbar@rajinikanth@ARMurugadoss#Nayanthara@anirudhofficial@santoshsivan@sreekar_prasadpic.twitter.com/bNoEhne6xo

In Darbar, actress Nayanthara has been cast opposite Rajinikanth. The actors are teaming up for the third time after collaborating in Chandramukhi (2005) and also briefly in Kuselan (2008). On Monday, Rajinikanth's publicist Riaz Ahmed confirmed Nayanthara's casting on Twitter and wrote: "The rumours being speculated about the cast of Thalaivar 167 is not authentic. As of now, only Nayanthara has been roped in the film. Kindly do not spread the news until you get an official press release about the entire confirmed cast."

The rest of the cast is yet to be revealed and an IANS report stated that the project is expected to go on floors later this week in Mumbai.

Rajinikanth last filmed Kaala in Mumbai. In the Pa Ranjith-directed film, the 68-year-old actor played the role of a benevolent don from the slums of Dharavi, who foils a local politician's plan to demolish the area.

After Kaala, Rajinikanth was seen in Shankar's 2.0, which flourished at the box office.