Why Rajinikanth's Petta Was A 'Big Deal' For Simran Bagga

Simran Bagga made a "comeback of sorts" in Petta 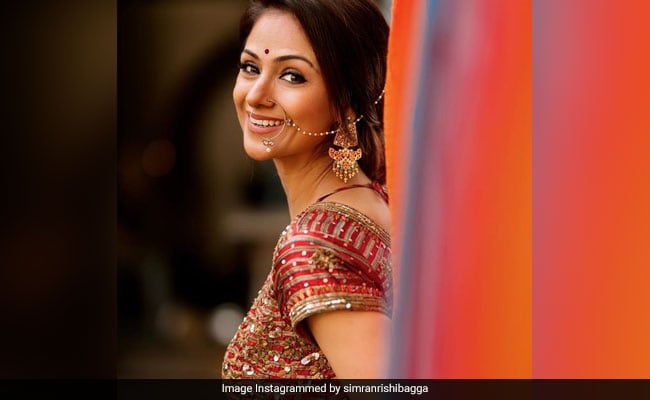 After working successfully in Hindi, Tamil, Telugu and Malayalam films, Simran Bagga is back and plays Rajinikanth's love interest in his new blockbuster Petta. The 42-year-old actress, who has two children, looks stunning and says it is rare getting a glamorous role at her age.

Q. Firstly, I want to know how you have managed to not age by even a day in the 15 years I've known you?

A. (Laughs) I am just trying to eat, sleep and live well. It's more about feeling good than looking good. It's not easy after two children. After my second child, I had to lose a lot of weight. It wasn't easy. But once you decide you need to look after yourself -- not to look good but to be healthy -- it becomes easier.

Q. What was it like working with Rajinikanth for the first time?

A. He is a such a simple, humble, down-to-earth person. He is my superhero. To me, he came before the concept of the superheroes like Iron Man and Spider-Man was incepted. I am so glad I could work with him.

Q. Would you say Petta is your comeback film ?

A. It is definitely a comeback of sorts. It is my first film with the Thalaiva and therefore, it's a big deal for me. And when people are saying I have a better written role in Petta than Rajini sir's heroines usually have, I am even happier. Audiences are happy that Simran (she slips into the third person) is seen with the Thalaiva for the first time and they look so good together. I may not have much footage in the story, but it is rare for an actress my age to be given such glamorous role.

Q. Yes, it is very rare for a heroine in a Rajinikanth film to have anything to do except idolise him. It is even rare for a heroine to be shown a mother to a grown up child and still have a life of her own. Would you agree with that?

A. Are you asking me if I agree it is difficult for an actress to play the heroine after she is a mother?

Q. No, I am asking if characters are written for heroines where they have the liberty to have a life of their own even after having children?

A. Yes, that is rare. And my character of a 40-plus and single mother is not something an Indian actress gets to play every day. I wanted my first film with Rajini sir to be special. In Petta, I will give full marks to director Karthik Subbaraj for presenting me well despite limited footage.

The romantic angle between Rajini sir and me has been so well-handled. I'd say the relationship comes across as ageless because of Rajini sir's aura. It doesn't matter whether he is in his Sixties and I am in my Forties. It is only the beauty of their compatibility that shines through. Looking at the film as a member of the audience, I liked seeing this pair.

Q. Audiences wanted to see more of you in Petta?

Q. Would you say Indian cinema is not a comfortable place for actresses above 40 specially those who are married and have children?

A. Being a wife or a mother or 40 should not be the criteria for a heroine to get a role. I am very proud to be a wife and mother. It is an essential part of being a woman as far as I'm concerned, but these roles must not define my professional decisions. Of course, I have major responsibilities beyond my profession now. But it becomes easier to balance one's personal responsibilities with one's profession when you have a supportive family.

I feel I've the freedom to do what I want to do, play the roles I want to play. There's no burning compulsion to be in front of the camera after so many years in the profession. If I like a role, I'll do it. Yes, I may make the wrong career decisions here and there. But I am not afraid to fail. Nor am I apprehensive about being a mother."